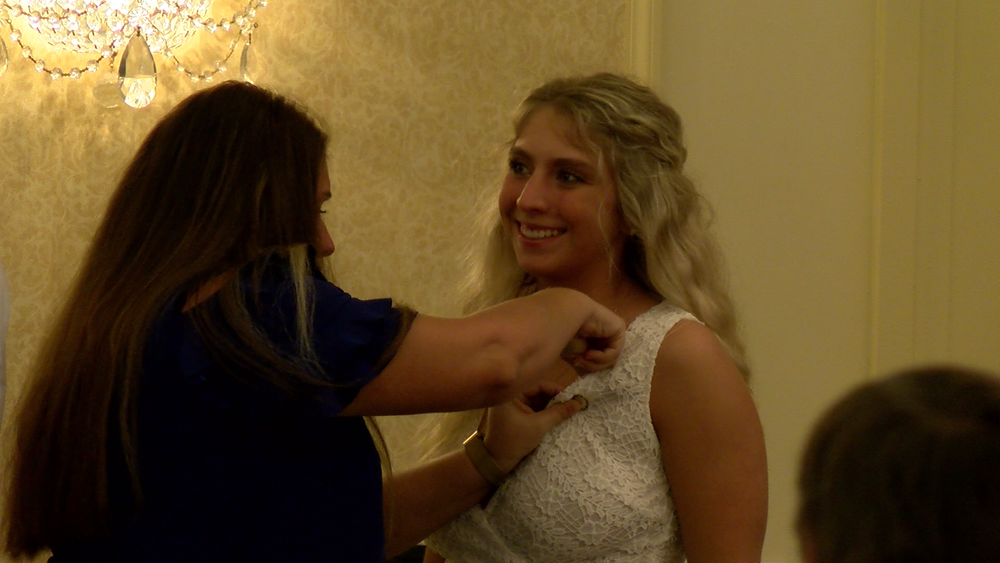 Penn State Behrend honored 45 new graduates of the college's nursing program at a May 2 pinning ceremony. The pin is part of a tradition that dates back to the Crusades.

Graduates of Penn State Behrend’s nursing program gather every year before commencement for a pinning ceremony, where they commit to a life of service with a tradition that dates to the Crusades. The pin, which often is presented by a family member, symbolizes that a graduate has successfully completed the educational requirements that are needed for the state licensure exam.

“We’re embracing them, and welcoming them into that long-standing profession of nursing,” said Dr. Carolyn Masters, associate teaching professor of nursing.

The pin has been used to identify nurses and caregivers since the 12th Century, when the Knights of the Order of the Hospital of St. John the Baptist tended to soldiers who were injured in the Crusades. Their uniforms were marked with a Maltese cross.

In the 1860s, during the Crimean War, Florence Nightingale was awarded the Red Cross of St. George in recognition of her service to wounded soldiers. She continued the tradition, awarding medals of excellence to select graduates of the Nightingale Training School for Nurses at St. Thomas’ Hospital. Soon after, the practice was adopted across the United States.

This year’s Penn State Behrend ceremony honored 45 new graduates, including Zach Clark, of Erie. “It just means so much, after the long journey we’ve had,” he said. 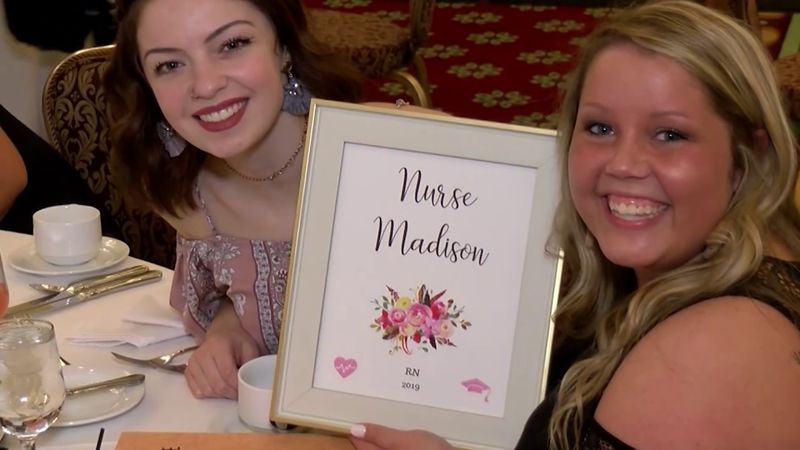 The 2019 graduates of the Nursing program at Penn State Behrend gathered one day before commencement for a pinning ceremony, which celebrated their readiness for work in the medical profession.