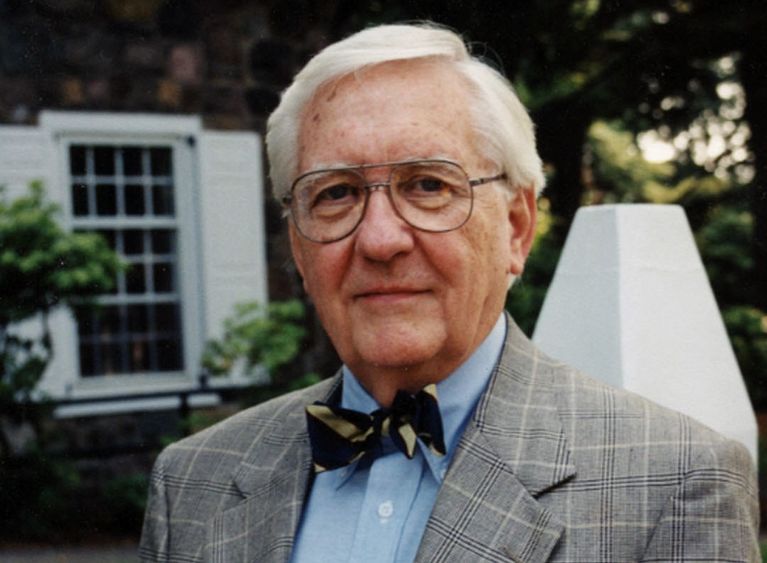 Ben Lane taught English and German at Penn State Behrend, and later served as dean of students and director of admissions. He died in 2011.

ERIE, Pa. — Ben Lane lived most of his adult life at Penn State Behrend. For decades, he and his family resided in a yellow house on Jordan Road, actively participating in the life of the campus that was growing around them.

Lane died in 2011, but his wife, Carolyn, continues to live in the house.

“This college has always been part of our lives. You can’t separate the Lanes from Behrend,” said Kate Delfino, one of the couple’s two daughters, and a 1986 graduate of the college. “My parents believed in the school and its mission, and we wanted them to continue to be part of it, going forward.”

To honor their parents and their connection and commitment to the college, Delfino and her sister, Ann Umbach, along with their families, have established the Benjamin A. and Carolyn A. Lane Open Doors Scholarship. Students in the Complete Penn State program, which provides support to those who are at risk of not graduating due to unexpected hardship, are given first preference for awards.

“These kinds of scholarships can have an incredible impact on the lives of students who might otherwise not be able to complete their degrees because of circumstances beyond their control,” said Tera Van Doren, associate director of financial aid at Penn State Behrend. “We’re grateful for the opportunity such scholarships give us to help students who are experiencing hardship.”

The philosophy of the Open Doors Scholarship would have touched her father deeply, Delfino said. Ben Lane attended Penn State on the G.I. Bill before joining the Behrend faculty in 1954. He taught English and German, and later served as dean of students and director of admissions.

Lane retired in 1985 as a professor of English emeritus. In 1986, the college established the Benjamin A. Lane Outstanding Service Award. In 2012, an outdoor seating area at the south entrance to the Reed Union Building was named the Ben Lane Plaza.

“My parents both really believed in the power of education to transform lives,” Delfino said. “My dad was dedicated to the students above all else. He believed in them and was an advocate for them, and that is what really drove him. We felt that this particular scholarship was appropriate because we saw my dad go above and beyond to help students who needed it countless times. I have no doubt he’d be thrilled to have this legacy.”

The Lane scholarship advances “A Greater Penn State for 21st Century Excellence,” a focused campaign that seeks to elevate Penn State’s position as a leading public university in a world defined by rapid change and global connections. With the support of alumni and friends, “A Greater Penn State” seeks to fulfill the three key imperatives of a 21st-century public university: keeping the doors to higher education open to hardworking students regardless of financial well-being; creating transformative experiences that go beyond the classroom; and impacting the world by fueling discovery, innovation and entrepreneurship. To learn more about “A Greater Penn State for 21st Century Excellence,” visit greaterpennstate.psu.edu.