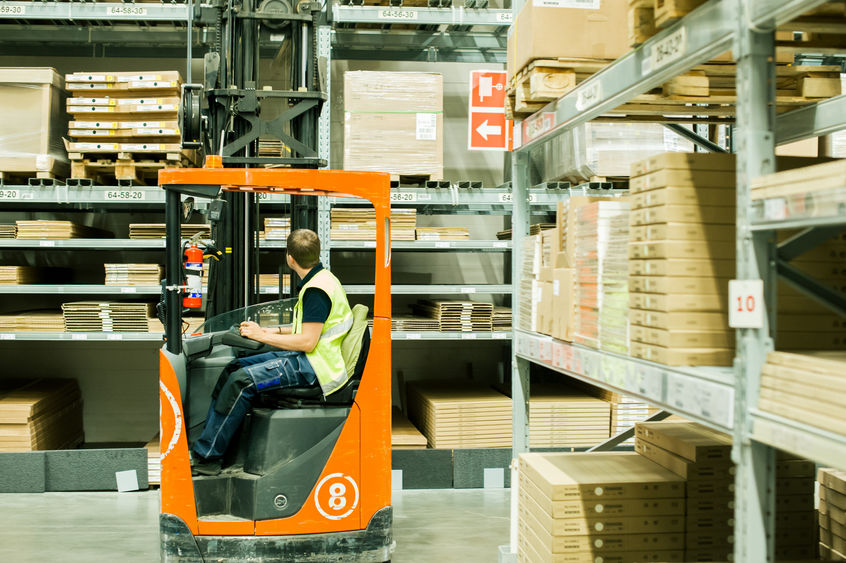 A simulation created by engineering students at Penn State Behrend increased the efficiency at a product distribution center, saving time and money as shipping pallets are moved through the facility.

ERIE, Pa. — A simulation created by engineering students at Penn State Behrend increased the efficiency at a supermarket distribution center, saving time and money as shipping pallets are moved through the facility.

The team placed second at a student simulation competition sponsored by Simio, a software company that offers simulation, production planning and scheduling solutions. A total of 210 teams from 13 countries participated in the competition.

“Simio’s competitions present real-world scenarios that challenge students to be creative while solving complex problems,” said Omar Ashour, associate professor of industrial engineering and the team’s adviser. “Our students do well in that setting because they have excellent problem-solving skills, which they refine over a number of course projects and case studies, and because they can work and communicate well as teams.”

The distribution center simulation required teams to increase the number of shipping pallets that can be moved by robots each day. In addition, Simio asked teams to reduce the time needed for an operator to put away a pallet — 2.2 minutes, on average — to just 1.5 minutes.

In addition to the robots, teams had to manage the staffing levels and movements of three categories of human employees: distribution center workers who receive, replenish and put away shipments. The Behrend team recommended increasing the number of workers who receive the shipment pallets while decreasing the number who put away pallets. The latter group was underutilized in the original scenario, the team found.

“Individually, those problems would not have been that difficult to solve,” Dotchev said, “but being able to combine all of the necessary components to create an optimized facility where employees work alongside robots was quite a challenge.”

The team developed 3D animations and provided additional analysis of the time, cost and distance of every trip by a robotic pallet jack or a human worker. Various safety concerns also were considered.

“The biggest challenge was the sheer scope of what we needed to do,” DeVarney said. “Learning about data analytics is one thing, but applying those principles to more than 20,000 data points can be daunting.”