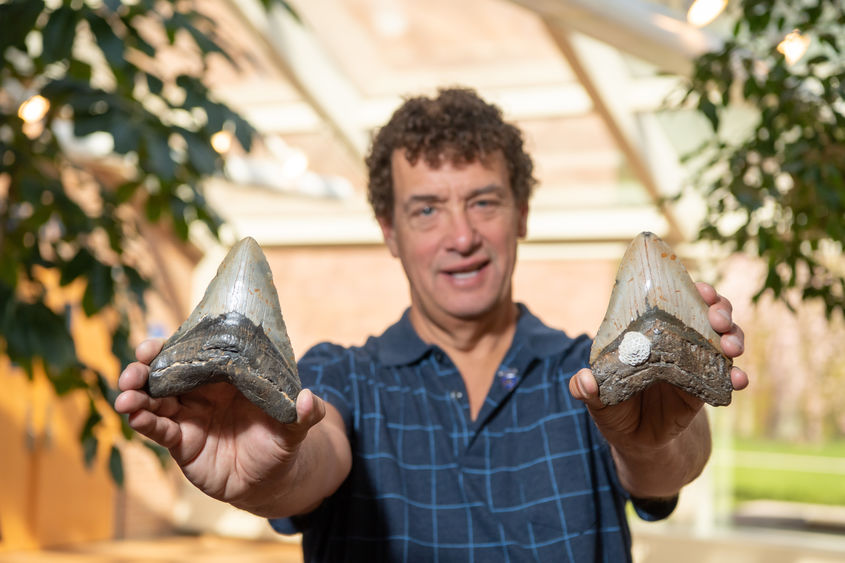 Bill Eberlein, a 1989 graduate of Penn State Behrend, hunts for Megadolon shark teeth, which he sells through his company, Megateeth Fossils.

ERIE, Pa. — When Bill Eberlein arrived at Penn State Behrend in the late 1980s, he planned to pursue a career in accounting. After taking a few economics classes, he discovered he loved the subject, so he majored in that, too. Thirty years later, after a long, successful career in information technology (IT), he now makes a living diving for and selling ancient shark teeth through his business, Megateeth Fossils.

The first twist for Eberlein came when he was 21 and working part time at Sears, where a co-worker talked him into taking a free scuba diving lesson. He loved it. Before long, he was spending his free time with local dive club members, exploring the waters around Erie. He even joined the Erie County Sheriff’s Office Scuba Team.

Ten years later, Eberlein moved to Savannah, Georgia, to take a job in information technology at Gulfstream Aerospace. When a Gulfstream co-worker learned that Eberlein was an avid diver, the coworker told him about diving for shark teeth in the rivers around Savannah.

“My first thought was, ‘That’s silly, looking for tiny, little shark teeth,’” he said. “I was used to really cool stuff like shipwrecks, you know?”

But then he learned that the teeth his co-worker hunted for were not the run-of-the-mill, one-inch shark teeth you can find in any tourist gift shop along the East Coast. They were hefty, palm-size fossils from the ancient Megalodon, an extinct species of shark that lived 2 to 5 million years ago. 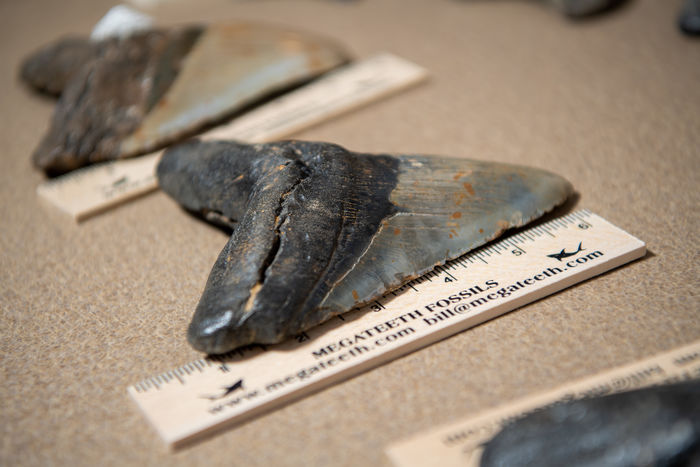 A Megadolon tooth in good condition sells for about $100. Bill Eberlein found one that is worth about $5,000.

Scientists estimate that the average Megalodon was 34 feet long, with thick, robust teeth built for grabbing prey and breaking bone.

Eberlein was intrigued. He wanted to find a tooth, so he signed up for a charter trip near Hilton Head, in South Carolina. The crew warned him that it would be difficult to see Megalodon teeth, and that he shouldn’t be too disappointed if he didn’t find any.

He came back up with a bagful of them, astonishing the charter captain.

“I was used to diving in dark, murky water and sort of feeling my way around,” Eberlein said. “I just took my hand and dug down into the silt a little bit, and it wasn’t long before I felt a tooth.”

“I knew there was a market for the teeth, and I figured I could use the money to pay for my new boat,” he said.

His accounting degree came in handy: The profits from Megateeth Fossils paid for the boat, and then some. The average whole tooth, in good condition, sells for about $100, though a smaller, imperfect tooth can sell for as little as $20. The most valuable tooth Eberlein has found is worth about $5,000. He keeps that one for himself, in a safe-deposit box.

“My boat captain and I usually head out early in the morning and come back around lunchtime,” he said. “I average about two teeth a dive, but one time, I found more than 40 teeth in one hole.”

Rare are the days he comes up empty-handed. But if he does, Eberlein takes comfort in the fact that he gets to do something he loves almost every day.

“I just remind myself that, for me, my worst day underwater is better than my best day sitting behind a desk in an office,” he said. 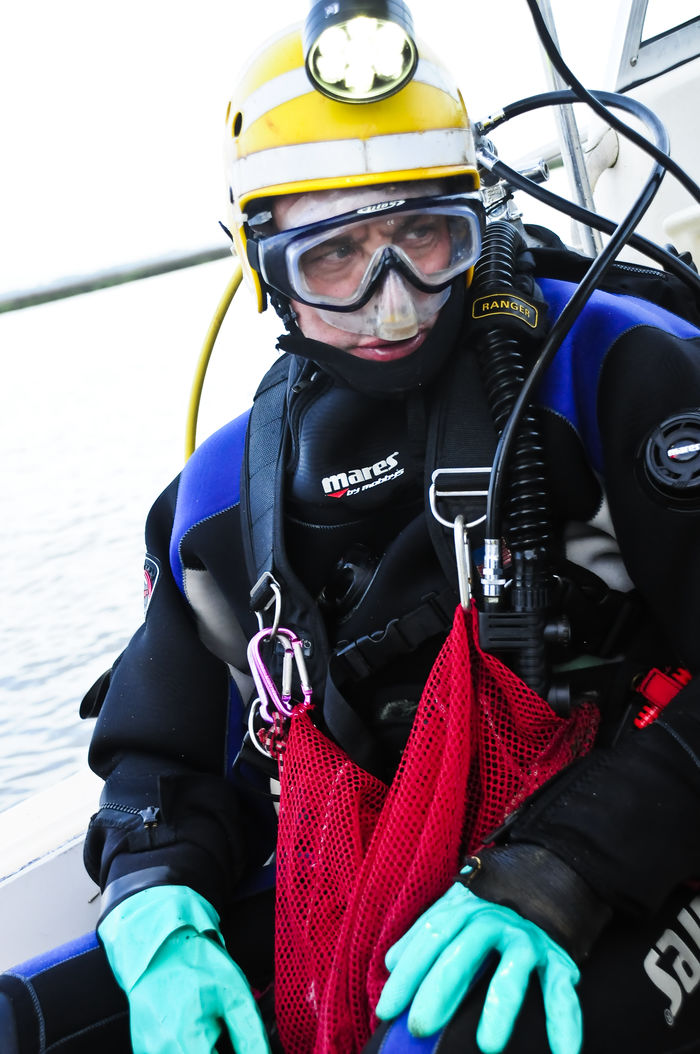 Bill Eberlein, a 1989 graduate of Penn State Behrend, hunts for Megadolon tooth fossils, which can be as large as his palm.