The award recognizes a mechanical engineering graduate who has demonstrated exemplary contributions within the engineering profession less than 10 years beyond their graduation.

As the technology development manager for the Department of Energy’s (DOE) Vehicle Technologies Office, Weismiller’s efforts to advance knowledge for fuel-efficient transportation are well demonstrated by his accomplishments. 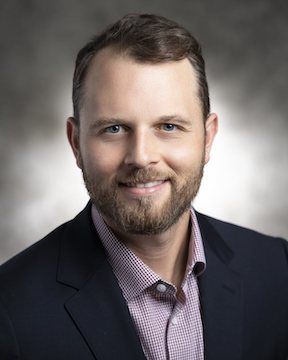 In his current position at the DOE, he manages a large portfolio of research conducted at national laboratories, universities and in industry. Weismiller is leading a newly introduced national laboratory consortium, the Partnership to Advance Combustion Engines, which is focused on providing the fundamental knowledge and modeling tools needed to design the next generation of fuel-efficient engines for passenger cars. In this program, he coordinates and optimizes research objectives that can lead to technologies with the potential to reduce the United States’ carbon footprint, while providing affordable transportation.

“He is making a significant impact on technology and society through his work with the federal government,” O’Connor said. “He has taken on unique challenges and new roles, all while making outstanding achievements early in his career.”

Weismiller began on this path even before earning his bachelor’s degree in 2006 at Penn State Behrend, through his professional experience with GE Transportation. During his internship at GE, he became interested in combustion research to improve diesel engines.

“I was personally fascinated by combustion and how it works,” he said. “There is so much going on — chemical reactions, heat transfer, turbulence, so many complicated problems — I wanted to learn all I could about it.”

However, after joining Yetter’s lab as a graduate student, Weismiller began exploring the combustion of more exotic fuels, such as aluminum nano-powder and ammonia borane, a hydrogen-based chemical compound, as a power source for rockets.

“Hydrogen is an ideal fuel in many respects, but when it is gaseous, the energy density is so low it makes it really difficult to use for most situations,” Weismiller said. “The compound I was looking at stored the hydrogen chemically at a high density, so it could potentially be used as an effective fuel.”

“We don’t usually think of it as a fuel, since many engines are made of aluminum,” he said. “However, it has a tremendous energy density on a volumetric basis, which is useful in some chemical propulsion applications. Studying the combustion of aluminum nano-powders was interesting because there is potential to react the aluminum very fast.”

In Yetter’s lab, he published seven peer-reviewed articles detailing the potential of ammonia borane and nanothermites, metal and metal-oxide mixtures that can be burned for energy.

After graduating with his terminal degree in 2012, he began a position at the Naval Research Laboratory as a postdoctoral associate. In the chemistry division, he worked alongside scientists to examine additional novel metal nanoparticles that could one day be adopted as environmentally friendly energy sources. This work led to another four peer-reviewed journal papers.

“Now, at the DOE, I’m back to the internal combustion engines I initially worked on at the very beginning of my career,” he said.

Overseeing the combustion research in the Vehicle Technologies division, Weismiller’s projects include advanced diagnostics for combustion engines, developing computational models to simulate the combustion process within an engine, and making virtual enhancements to the machinery.

“If we can optimize the engine design without even needing to create a prototype, we can learn a lot,” he said. “We focus on making the tools that enable car companies to build better engines.”

At the DOE, he also helps bring fuel-efficient technologies to off-road vehicles, like construction equipment. It is an industry sector that has been slower to embrace innovations like hybridization, as compared to passenger vehicles.

“Off-road vehicles have very high requirements for durability and reliability, so they are very conservative about adopting new technologies,” he said. “However, if a piece of construction equipment is slinging dirt into a hole with a repetitive movement, maybe it could recover some of the potential energy and use that to improve the diesel fuel efficiency.”

His passion for helping to further the transportation industry has inspired his advice for current mechanical engineering students and recent alumni, which is to find an area of personal interest and focus on how you can improve it for society.

“Don’t lose sight of the big picture,” he said. “If you have passion for your overall mission and keep the personal curiosity about the day-to-day science, it helps.”

By serving the DOE in its mission to improve the United States’ safety, efficiency and environmental footprint, he is committed to following his own advice.

“While I’m managing my program, I try to remember to take a step back and say ‘OK, this could have an impact in making people’s lives better,’” he said. “It gives me extra motivation and it makes going to work fun.”