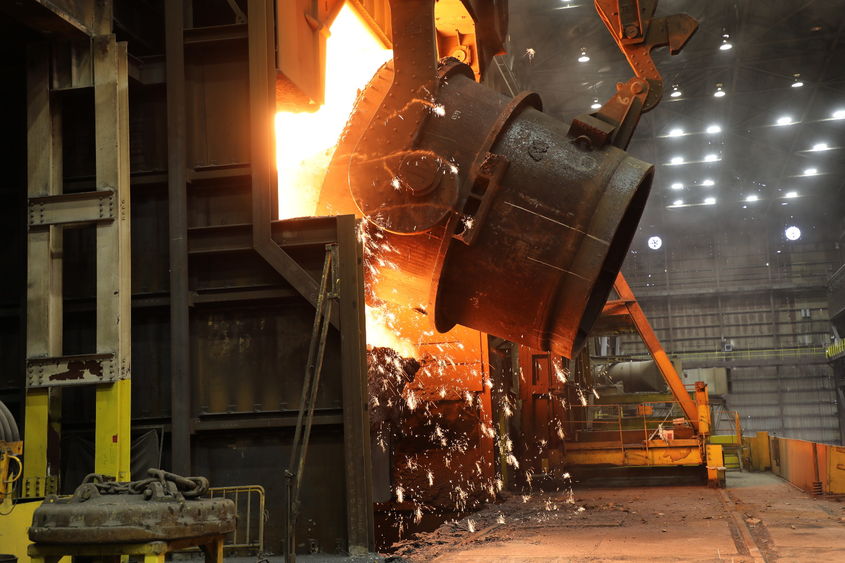 ERIE, Pa. — In January, when the deal closed, U.S. Steel executives positioned the company’s acquisition of Big River Steel as a “best of both” integration — a $774 million blending of traditional steelmaking and LEED-certified, Flex Mill manufacturing.

“It’s too little, too late,” said Joshua Kirkpatrick, a senior from Pittsburgh.

He and his teammates — Evan Briant, Michael Fedorek, Simon Nero and Michael Tejchman — spent months studying U.S. Steel, a Pittsburgh-based Fortune 250 company. On Feb. 24, at the opening round of the CFA Institute student challenge, they were given 10 minutes to convince a panel of financial analysts that the company is overvalued at $13.60 per share.

“The acquisition of Big River Steel looks good on paper,” Kirkpatrick said, “but U.S. Steel is still trying to catch up to its competitors. The profitability standpoint is just not there.”

The team said that the company faces a host of other challenges, including the pandemic, which has slowed the automotive and building sectors. Competition from foreign steel producers also is a concern, said Tejchman, a senior from Coraopolis, who added, "There are issues here that go deeper than the balance sheet."

The CFA Institute started the global research challenge in 2006. Teams are paired with an industry mentor, who can provide up to six hours of advice, and meet with top executives of the company during a due-diligence session for financial analysts.

Students in the CFA Institute Research Challenge are tasked with making a detailed financial valuation of a company — specifically, whether investors should buy, hold or sell the stock at a particular price. The students learn to value a stock, write a supporting research paper and present their findings in front of a panel of professional analysts.

“The knowledge our students gain from this is invaluable,” said Greg Filbeck, director of the Black School of Business and the team’s faculty adviser. “They basically have done everything they will need to do to perform in industry, and they have a showpiece that they can take forward as they begin to interview for positions.”

More than 1,150 universities in 50 countries participated in the 2020 challenge, with all of the teams focusing on U.S. Steel.

Due to the pandemic, the Penn State Behrend team worked in a virtual format this year, with a constant text thread and near-daily meetings on Zoom.

“In a normal year, they’d have been hovered over Bloomberg Terminals, pulling all-nighters in the lab,” said Filbeck. “The fact that they found a way to complete the work without being able to meet in person is a testament to their ability to self-organize and prioritize.”

“Everybody did their part,” said Nero, a senior from Hookstown. “In the end, it’s all about trusting your team. For me, that was easy. This was the best team I’ve ever been a part of.”

The five members of Penn State Behrend's CFA Institute Research Challenge team developed a detailed financial valuation of U.S. Steel. They recommend the stock be sold at $13.60 per share.