Behrend tutoring method being tested at three other universities 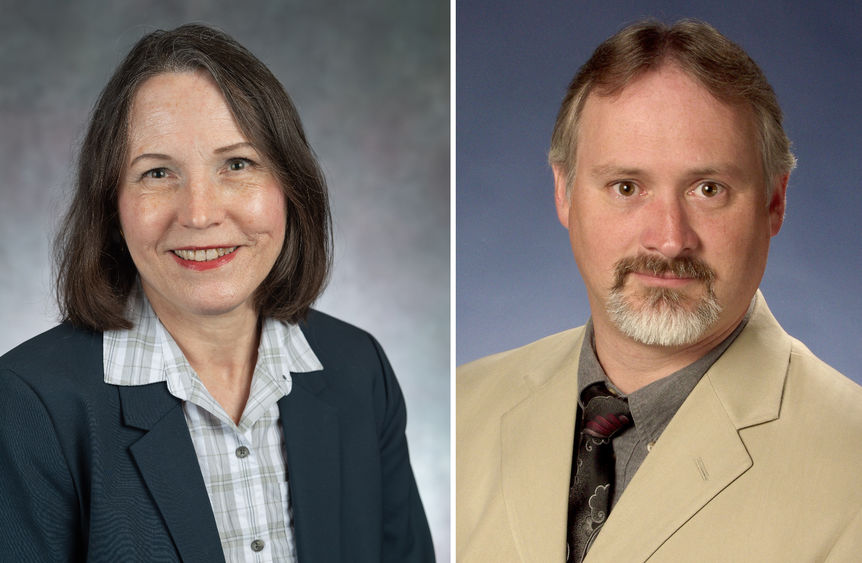 A tutoring method developed at Penn State Behrend is now being tested at three other universities, where STEM instructors and campus writing centers are collaborating to help students write better technical reports. The National Science Foundation is supporting the project with a $588,000 grant.

“The goal is for our students to become better writers,” said Jonathan Meckley, chair of the plastics engineering technology program at Behrend. “The old saying, ‘I’m an engineer, not an English major,’ doesn’t cut it anymore. I’m not sure it ever did. You have to be able to communicate. You have to be able to take the concept that’s in your mind and explain it in a way that others can understand.”

Writing center tutors often are challenged by engineering papers, said Ruth Pflueger, director of the Learning Resource Center at Behrend. She and Meckley are leading the NSF-funded study.

“Without the proper training, writing tutors can be intimidated by the technical content in a paper,” Pflueger said. “They don’t feel qualified to suggest changes. Too often, they’ll read a paper and tell me, ‘I don’t know what the student was trying to say.’”

Pflueger tried a new approach: She and Robert Weissbach, who was then a faculty member in Behrend’s School of Engineering, developed training sessions that introduced tutors to basic engineering concepts. Weissbach, who now teaches at Indiana University-Purdue University at Indianapolis, where he will coordinate meetings of the four university WATTS teams, provided a glossary of technical terms and examples of engineering research papers that were well-written – or that needed improvement.

As the tutors became familiar with the format of the reports, they began to offer more – and more detailed – suggestions, Pflueger said. “They are giving better feedback,” she said, “and the engineering students respond to it, because the tutors are using that same technical language, but in a clearer and more concise way.”

Meckley joined the project in 2016. He added another step to the process: His students prepare a brief elevator speech that summarizes, in layman’s terms, the project they are writing about. That provides a framework the tutor can use to evaluate the paper. It also helps the student focus his or her thoughts before writing.

Students in Behrend’s plastics engineering technology program are required to meet with a Learning Resource Center tutor before they submit the report for their capstone project. After that meeting, most sign up for additional sessions, Pflueger said.

“They are required to come once,” she said, “but they’re coming back on their own. That’s how I know they see value in it.”

The Texas campus brings another dynamic to the study: For many of the students there, English is a second language.

For Meckley, the WATTS method is a way of reinforcing a necessary skill that is often beyond the focus of their primary courses.

“When you try to solve an engineering problem, there are a certain set of steps you have to complete,” he said. “Those rules don’t apply to writing a perfect paragraph, however. English has its own defined set of rules.

“It isn’t a skill we traditionally focus on, but the ability to write well is essential for an engineer, or for anyone else who works in STEM,” he said. “Any time you are a candidate for a position, a promotion or a customer account, your ability to communicate well is going to be what sets you apart from the competition.”