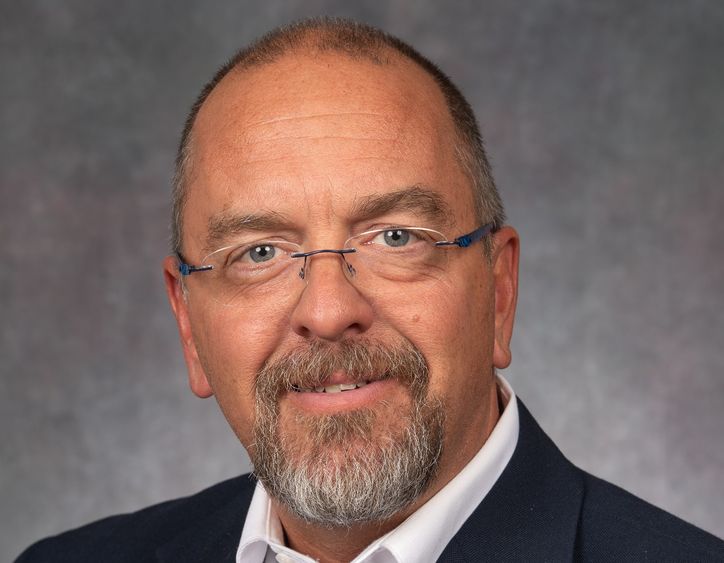 Christopher Harben, the Toudy Chair of Entrepreneurship and Family Business at Penn State Behrend, has developed an inbox-based micro-simulation that can be used to train employees at health care facilities.

ERIE, Pa. — The first email, to the new vice president at Smithfield, includes an organizational chart for the business, which is part of the Frederick County Health System.

The second, from a shift nurse at the facility, alleges that co-workers in his unit are failing to provide adequate patient care. He’d like to have a meeting.

The emails are part of a micro-simulation, a customized learning scenario that can be used to train employees, or to identify gaps in a manager’s “soft skills.” They were developed by Christopher Harben, the Toudy Chair of Entrepreneurship and Family Business at Penn State Behrend’s Black School of Business.

“Participants have to determine how they answer these emails, and how they prioritize the emails,” said Harben, who developed the program with Capsim, an Illinois company that has presented immersive simulations to more than 1 million online learners. “They are asked to respond just as they would in real life.”

Each of the four response options steers the user to yet another choice, which tests the user’s ability to lead, delegate, prioritize and problem-solve.

“It’s designed to compress a lot of things a participant would deal with into an hour,” Harben said. He plotted the narrative threads on six different poster boards, drawing all the paths users can take through the simulation.

The project, which was delayed by the pandemic, took three years to complete. The simulation was released Nov. 30; it’s available on CapsimInbox, an authoring platform that offers business, law and ethics simulations. A demo of the program can be viewed here.

For Harben, whose doctoral research centered on health care administration, the simulation is an extension of the Black School’s “learning by doing” approach. He sees it as a real-world model for the difficult decisions health care managers have to make.

The simulation was designed for students in business or health care administration programs, and for MBA candidates. It also can be used in corporate training settings, Harben said.

Simulations help students connect with course material in real-time, Harben said. The interactive structure can make the experience more effective than a textbook or lecture.

“We want students to experience real-world scenarios, and to see the ramifications of the decisions they make,” he said. “Simulations are one of the best tools for doing that.”