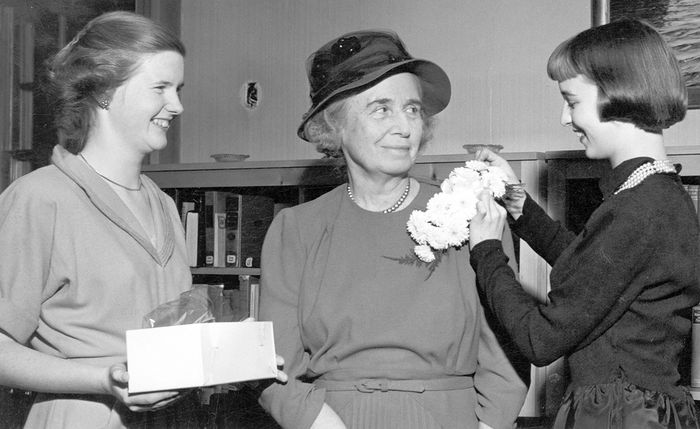 Mary Behrend receiving a corsage from Penn State Behrend students in the 1950s.

Penn State Behrend’s rich history of influential women begins with Mary Behrend, who in 1948 donated her Glenhill home to the University in memory of her late husband, Ernst, founder of Hammermill Paper Company.

And, fittingly, the first student at the Behrend campus was a woman—Dorothy Holmstrom, an engineering major, who was at the front of the line to enroll in the initial class of 146 students.

Recognizing that legacy and the growing importance of engaging women in leadership roles, Penn State Behrend formed the Women’s Engagement Council in 2020.

The Council’s mission is to: 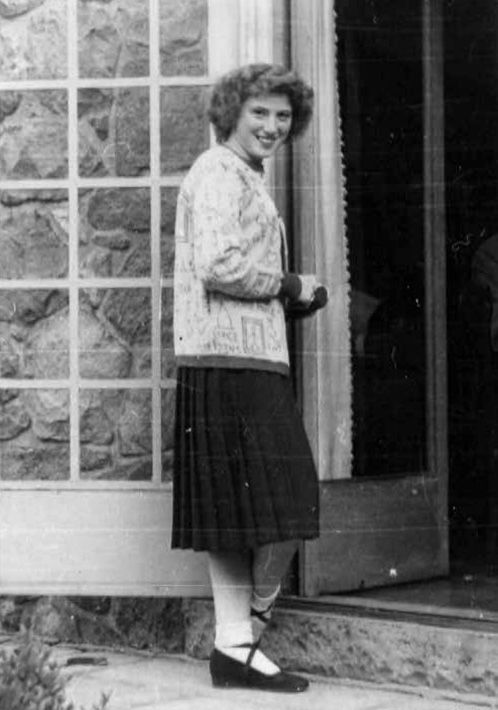 The Council’s directors are committed to supporting and lifting women around them and advancing programs related to women, Penn State Behrend, and the greater Erie community.

Learn more about members of the board of directors.

Membership on the Women’s Engagement Council is free and open to all, regardless of gender. Benefits to membership include:

Another woman doing what you’re doing is not your competition. She’s your sister. Support her. Encourage her. Believe in her.