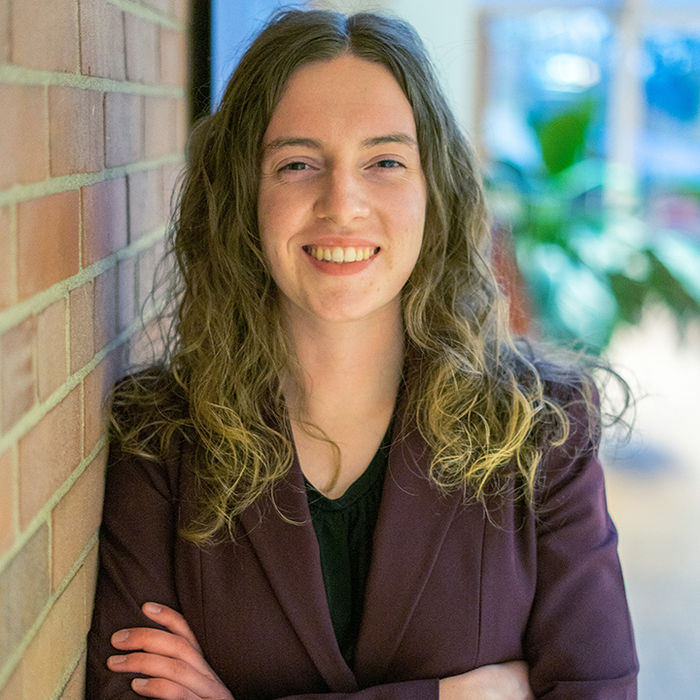 Major: Computer Engineering with a minor in Music Technology

On choosing Behrend: I chose Behrend because of its phenomenal engineering program and the opportunity to play Division III athletics. I was on the soccer team my freshman year.

On choosing her major: I have always been interested in programming and electronics, specifically with video game design when I was younger. As I approached college, I really wanted to learn about audio products and signal processing in addition to gaining a general understanding of electronics and computers. This led me to choose computer engineering.

People would be surprised to know: My biggest passion in life is music. I play multiple instruments (drums are my favorite), and I lead worship at two churches in the Erie area. I also co-wrote and co-produced a worship album called “For Your Glory that’s available on Spotify.” Additionally, I love combining my love of engineering with my love of music to better understand how audio works on both the hardware and software sides, so a lot of my school projects were centered around that.

Proudest accomplishment at Behrend: Besides the worship album, I completed a project through the Huck Institutes of the Life Sciences at University Park that displays data about virology through art, light, and sound. It is a structure mounted to the wall with an interface in front of it for users to interact with and trigger videos and audio. I designed and assembled the interface, and I also created the audio using music programing. The structure was installed at University Park in the spring of 2022.

Advice for first-year students: Don’t be afraid to get involved with clubs and events on campus and get involved early! I met some of my best friends through the clubs in which I am involved, and the clubs have given me great opportunities for leadership, as well.

Alison will be working for Northrop Grumman in Melbourne, Florida, as a software engineer in their aeronautics division.