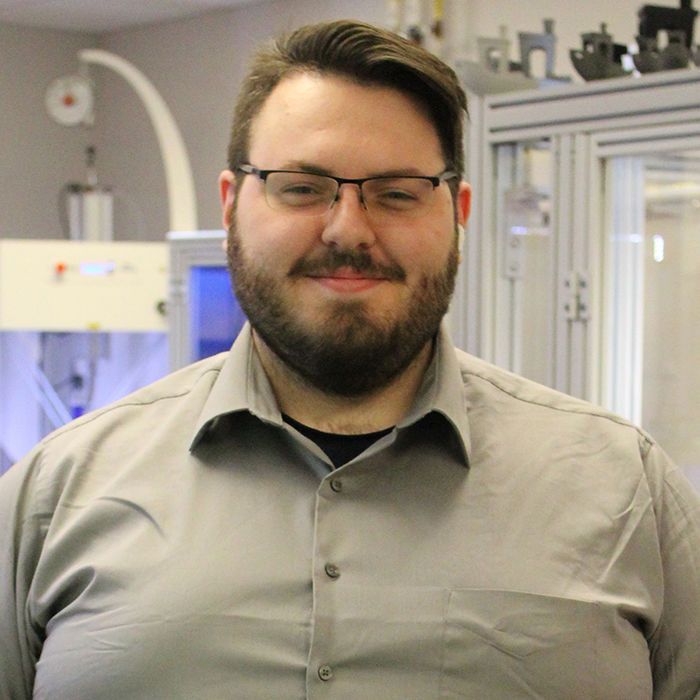 On choosing his major: Originally, I came to Behrend for Computer Engineering. But, after getting involved with Innovation Commons (see below), I realized I wanted to do more with 3D printing. In doing that work, I learned that I didn’t have a strong knowledge of what happens to plastics when printing. After talking to some of faculty members, especially Jason Williams, assistant teaching professor of engineering, I switched to Plastics Engineering Technology.

About Innovation Commons: It is an open ideation, product development, and prototyping center staffed by students who help guide innovators and entrepreneurs through the early stages of development. It is open to all entrepreneurs and innovators throughout Erie County and the surrounding region, including students, who are looking for support to organize, collaborate, compose, and construct their ideas.

Proudest accomplishment at Behrend: Becoming the first student volunteer at Innovation Commons. This is where my entrepreneurial spirit grew and where I learned about starting my own company. I’m incredibly thankful for the opportunities Innovation Commons has created for students.

Campus involvement: I was a member of Alpha Phi Omega, a service fraternity. I also helped to revive the Entrepreneurship Club and served as president. The club brought in guest speakers, including a variety of entrepreneurs and/or those who support them, and we helped with Penn State Behrend’s Global Entrepreneurship Week activities.

What makes him unique: I can become very focused on a topic, which has been a “superpower” that helps me tackle big problems and led to my ability to develop new products, machines, or designs in a relatively short amount of time.

People would be surprised to know: That I have autism and it’s one of my biggest strengths. While it has certainly had its hindrances, it has helped me significantly in my professional life and has enabled me to approach problems in a different light.

A printing passion: I have an obsession with 3D printing. It started back in high school when I built my first 3D printer using motors from some CD drives, a microcontroller kit, zip ties, cardboard, and the cheapest 3D doodler pen I could find at the time. I really enjoyed writing the code and then getting to see my creation print. I went on to build myself a 3D printer farm selling 3D printed parts and developing new 3D printers that each solve a different problem.

Michael is working to launch his own company, Additive Manufacturing Systems—a 3D printer manufacturing company that focuses on producing 3D printers, materials, and software for engineering applications in sectors such as aerospace, automotive, and medical.