From finance to psychology to geosciences to astronomy to English, every field of study has its mysteries. We asked Penn State Behrend faculty members: What is the most perplexing issue/problem in your field of study that you would like to see solved or addressed? 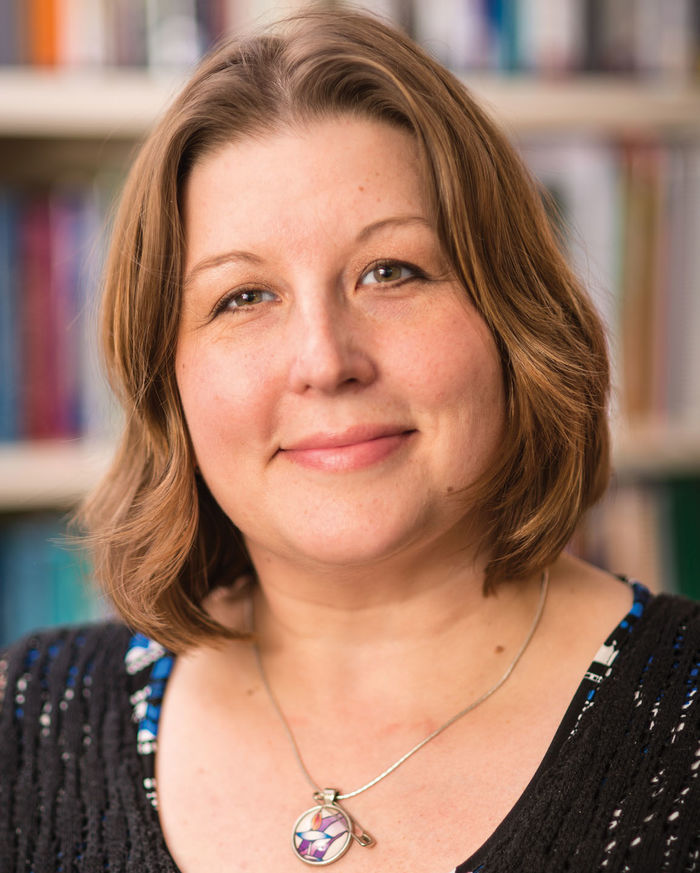 In clinical psychology, how can we determine what treatment will work best for which people in every situation?

Psychotherapy is effective; decades of research show that psychotherapy leads to significant improvements in symptoms and life satisfaction. However, there are hundreds of therapeutic techniques and skills, and it is still unclear which treatments work for which presenting problems in which people under which circumstances. The most perplexing issue that I would like to see solved in the field of clinical psychology is how we can determine quickly and accurately the absolute best treatment for every person with little to no error.
— Dr. Melanie Hetzel-Riggin, professor of psychology

How can we encourage more retirement planning?

How can we partner with private to provide up-to-date spatial data?

Within Geographic Information Sciences (GIS), one of the biggest concerns is being up-to-date or current with spatial data information. In 2001, the U.S. Geological Survey put out a statement for the future of the National Map concerning spatial data suggesting that by 2010, we would be able to provide the nation “with current, accurate, and nationally consistent basic spatial data, including digital data and derived topographic maps, and deliver spatial information that is not more than seven days old.”

In some ways, we are close to achieving this goal. In others, such as orthophotos, instead of data that is seven days old, we have data that is seven years old, and topographical maps that are decades old. Bing and Google are doing a much better job of keeping aerial photogrammetry up-to-date across the country. Maybe a solution lies with partnerships between public and private sources.
— Dr. Mike Naber, associate teaching professor of geosciences

Where will artificial intelligence ultimately lead us?

As artificial intelligence (A.I.) becomes more powerful, the world is increasingly reliant on it. Virtually all tech firms, such as Google, Amazon, IBM, Microsoft, and Facebook, have been investing heavily in A.I. We see A.I. besting humans at chess, checkers, poker, and other games. We see cars driving themselves. We see machines answering our questions and providing us with more enjoyable digital entertainment. We see A.I. learning our browsing habits, shopping preferences, and controversially, affecting our political views. While most would agree that A.I. should exist to complement and help humanity, we have to be careful with how we develop A.I. and how we rely on A.I. so that we do not lose control over our creation one day.
— Dr. Richard Zhao, assistant professor of computer science and software engineering

In the age of text messaging/social media, are people speaking/writing less correctly now?

As a linguist and as someone who works with young people and English learners, I agree with most of my fellow linguists that talking about language change as good or bad is asking the wrong question. Language changes; this is a fact: Indo-European slowly evolved into Germanic, then into Anglo-Saxon, and then into the English of Chaucer, then Shakespeare, and to Toni Morrison, V.S. Naipaul, and Bob Marley. The process of linguistic change is as inevitable as continental drift. In the modern world, global English is spoken in many different ways, with countless dialects and varieties, and with worldwide influence due to the prevalence of technology. Americans are not the only ones changing the language. Furthermore, change signals that the insatiable human need to communicate is alive and well and as creative as ever. English is not on the road to ruin. Rather than judge the differences in our varieties of English as negative or as errors, we need to view our linguistic differences as more evidence of our endless ability to create and communicate.
— Dr. Mary Connerty, senior lecturer in English

How is the decline of outdoor play affecting our children?

Outdoor play is declining among children for a variety of reasons and the outdoor play that does occur is often structured team play. This is not the same as free play, which is vital to children’s health. In addition, many playgrounds leave little room for natural play and imagination, but are highly structured to meet safety standards. Furthermore, children have much less unsupervised playtime than children had in the past due to safety concerns and increased parental monitoring.

The question then becomes: When schools are decreasing or eliminating recess, how do we create moments of free outdoor play while balancing the demands of standardized testing and our increasingly scheduled lives as families? We know that children need freedom to explore their natural landscape and that some elements of “risky play” are actually positive for physical and psychological development. How do we define healthy levels of risk in play? How can families find more time to play together?
— Dr. Kim Corson, assistant professor of psychology

How do we move past environmental awareness and encourage action?

Environmental problems, and thus, solutions, arise from the collective effects of individual choices. Education and awareness are necessary, but not sufficient, for solving environmental problems. The other necessary ingredient is for individuals to change their behavior to achieve a goal for the common good. The most perplexing problem is how to convince people that they must take appropriate action whether they want the data to be true or not.
— Dr. Pam Silver, distinguished professor of biology, interim associate dean for Academic Affairs

What effects will the demise of brickand- mortar stores have?

In supply chain management, the most perplexing and topical area of concern is the retail apocalypse, specifically the decline of brick-and-mortar retail stores such as Kmart, Sears, JCPenney, Macy's, etc. Some of this is attributed to online shopping while some of it is attributed to impending globalization. This phenomenon is suspected to be the tip of the iceberg, and it is already having impacts on local and global economies and their supply chains.
— Dr. Varun Gupta, assistant professor of operations and supply chain management

How can we use science and technology to address real-world challenges?

One would expect an astronomer to proselytize the presence of dark matter in the universe, or the dry valleys on Mars, or what’s inside a black hole as the greatest mystery/problem in astronomy, but we have more pressing real-world challenges that can be addressed with science and technology. In addition to the astronomical threats of solar variability and possible comet and asteroid impacts, we require an equally vigorous planetary perspective focused on modern-day human stresses to Earth’s biosphere and the availability of clean fresh water for everyone. Ours is a planet fortuitously positioned in the habitable zone of a well behaved star. Our continuation on this planet will require a global awareness of the precarious nature of our present situation.
— Dr. Darren Williams, professor of astronomy and astrophysics