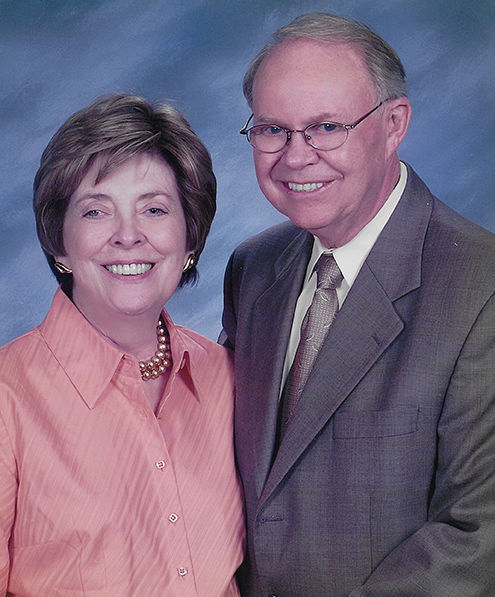 In the mid-1950s, Clifton (Clif) Merchant spent his freshman year as a Penn State student at what was then known as Behrend Center before transferring to the State College campus to pursue a degree in electrical engineering.

When a friend asked him to return to Behrend for homecoming weekend in his sophomore year—and even found him a blind date for the dance—he decided to make the trip back to Erie.

It was the best decision he ever made.

His blind date that weekend, Linda Hamer, would become his wife. The Merchants were married for 58 years, from December of 1958 until Linda’s passing in July of 2017.

“It was a special marriage,” he said from his home in State College. “It was a really good marriage, and it all started at Behrend.”

Linda attended Behrend for a year before transferring to the State College campus and graduating with a degree in speech communications. She returned to school in the 1980s, earning her Ph.D. in education. A longtime teacher, she subsequently joined the faculty of the University’s College of Education, specializing in language and literacy while supervising the work of student teachers.

Linda’s time at Behrend held many good memories for both of them, Merchant said. Among the best was meeting him, he said, jokingly. She also had fond memories of living with about 25 other young women in Glenhill Farmhouse and starring in the play “Our Town.”

As a lasting tribute to his wife and their memories of Behrend, Merchant created a bequest to endow the Clifton Merchant and Dr. Linda (Hamer) Merchant Endowed Legacy Fund.

Established with an estate gift of $50,000, the fund will provide scholarships to Behrend junior status students from either the School of Engineering or the School of Humanities and Social Sciences who are actively involved in extracurricular activities. The first preference for the scholarships will go to current or past participants in the college’s theatre productions.

“We both carried a lot of good memories from our Behrend days,” Merchant said. “This fund is a way to honor Linda’s legacy and her time there.”