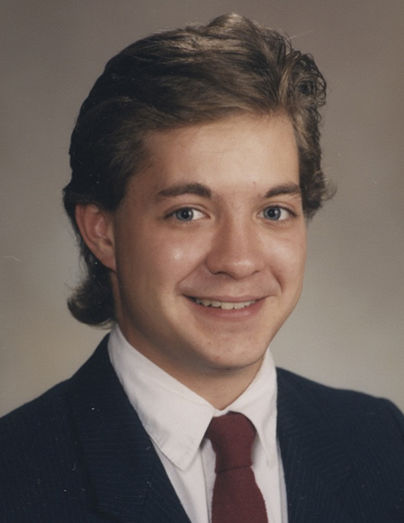 Roger Czulewicz came into the world on May 30, 1970, and, in his 48 years, blazed a bright path that won’t be forgotten by his family, friends, and associates. Czulewicz passed away last February following a fierce year-long battle with cancer.

To celebrate his life, his parents, Francis “Shelly” and Shirley Walsh Czulewicz, created the Roger Alan Czulewicz Scholarship at Penn State Behrend. Each year,
Behrend students will benefit from the love and generosity that inspired his scholarship.

“We wanted to be sure that Roger’s life would be remembered and forever celebrated at Penn State,” Shelly Czulewicz said. “We wanted to honor him for the kind, caring, and loveable man he was, always willing to help others, oftentimes with no compensation for himself.”

Roger Czulewicz graduated from Erie’s St. Luke Elementary School and Cathedral Preparatory School followed by Penn State, where he was a member of the Alpha Chi Rho social fraternity. He later earned his juris doctor degree at Dayton University School of Law and, in Erie, worked diligently on behalf of his clients. Shortly before his diagnosis, he was notified that he had passed the Washington, D.C., bar exam and was looking forward to expanding his career.

“Shelly and Shirley know the unbelievable pain of losing a child and have been incredibly generous in their time of grief,” said Kevin Moore, director of Development and Alumni Relations. “We are honored to be entrusted with his memory at Penn State, and we look forward to celebrating his life with the first scholars next fall.”

Students who graduated from Cathedral Preparatory School or Villa Maria Academy in Erie and are enrolled at Penn State Behrend in any major are eligible for the Czulewicz Scholarship.