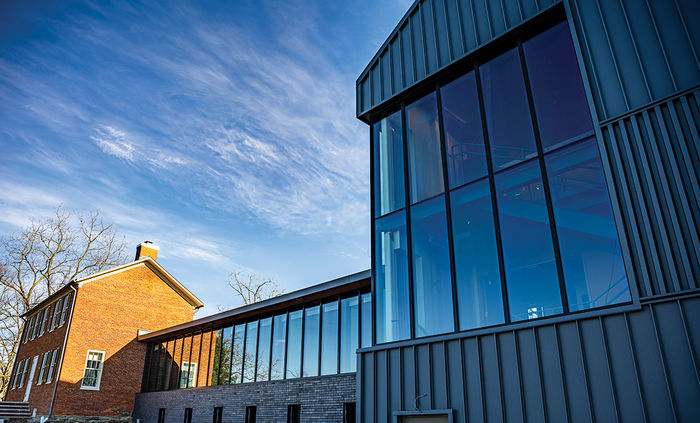 Students choose Penn Behrend not only for world-class academic programs but also for enriching experiences that prepare them to become leaders in their fields. Through the campaign, A Greater Penn State for 21st Century Excellence, the philanthropy of individuals and organizations has elevated facilities and programs that advance student success.

Students in the nursing program are learning in updated and expanded nursing labs as the result of a $900,000 gift from the Orris C. Hirtzel and Beatrice Dewey Hirtzel Memorial Foundation. A second gift of $500,000 is being used to upgrade equipment in the Advanced Manufacturing and Innovation Center (AMIC) and Otto Behrend Science Building.

The Dr. and Mrs. Arthur William Phillips Charitable Trust made gifts totaling $90,000 during the Greater Penn State campaign—to support enhanced nursing simulation labs, new equipment in the School of Science, and women’s health research now being undertaken by the college in partnership with Magee-Womens Research Institute.

A $1 million investment by Erie-based HERO BX to create a 1,500-square-foot chemistry lab in AMIC is giving students a new opportunity to collaborate with an industrial research partner. In the lab, students are working alongside company researchers to identify ways to reduce the sulfur in biodiesel feedstocks.

When the Intrieri Family Student Managed Fund launched in 2012 with a gift from Vincent Intrieri ’84 and his wife, Joanne, it promised not only to give students real-world experience in investment management but also to generate scholarships once the balance had grown to $1 million. That day has come, thanks to additional gifts by the Intrieris, Samuel P. “Pat” Black III, and others—and, notably, due to the sound investment strategy of student managers. To date, five students have received scholarships.

Many of the 200 species of trees on the Behrend campus, like the benches that dot the pathways, are the result of gifts by alumni, faculty, staff, and friends of the college. They include four Flower of Kent trees—the type under which legend has it Isaac Newton was sitting when the apple fell—that were funded by a gift from former School of Science director Dr. Roger Knacke.