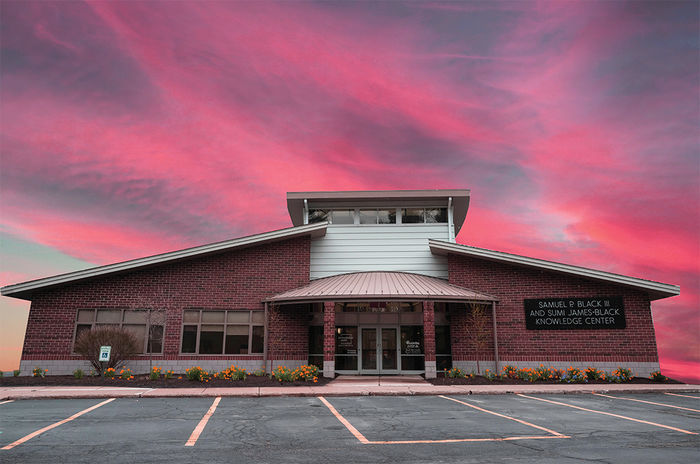 Penn State Behrend has a rich history of service to the region and beyond. Through gifts to the campaign, A Greater Penn State for 21st Century Excellence, the college is expanding on that commitment— growing its role in economic development; serving business and industry partners; educating and entertaining the community; and providing outreach to area youth and educators.

A $3 million gift from Samuel P. “Pat” Black III and his daughter, Sumi James-Black, will amplify the role of Behrend’s Knowledge Park as an engine for economic growth in northwestern Pennsylvania. Their gift was matched by Penn State’s Economic Development Matching program, which doubles a donor’s impact for select initiatives that drive job and business creation in the Commonwealth.

Family-owned businesses are the economic backbone of many communities, and those in the Erie region are no exception. Penn State Behrend’s Center for Family Business is designed to meet the unique needs of these businesses—with programming, access to faculty expertise, counsel on key issues, and peer group involvement. The center’s membership is growing, thanks to expanded resources made possible by endowed funds and corporate partnerships from H. Bender; Finish Thompson; Phil and Christina ’02 Katen; Greg ’99, ’85 and Heather ’00 Yahn; Knox McLaughlin Gornall and Sennett, P.C., and Marquette Savings Bank.

One of the college’s longest running cultural programs, Music At Noon: The Logan Series, continues to delight adults and youth with chamber music presented in an informal, welcoming environment. Established in 1989 by the late Kay Logan, the series continues through the support of the Kay Hardesty Logan Foundation, the Erie Arts and Culture Foundation, and the John Nesbit Rees and Sarah Henne Rees Charitable Foundation. During this campaign, the Rees Foundation also made a gift of $80,000 to support scholarships for students who hail from Crawford, Forest, Warren, and Venango counties in Pennsylvania.

Many of Penn State Behrend’s students in education majors go on to teach in the Erie region. A gift of $20,000 made by Dr. Greg ’13 and Janis Filbeck (Greg is director of Behrend’s Black School of Business and Janis a lecturer in English) helps to pay for professional clearances and other costs associated with student teaching. A gift by the Filbecks during this campaign also supported the Intrieri Family Student Managed Fund.

Every year, Behrend engages with more than 24,000 youth and educators in STEAM (science, technology, engineering, arts, and math) programs. Much of that youth outreach programming, such as Math Options and Women in Engineering, is supported by the philanthropy of corporate donors, including Erie Insurance, National Fuel Gas, and Wabtec.