“The first time I had a laboratory class, I was the only woman in the class and I didn’t like it,” said Hannah Duncan, a junior majoring in Plastics Engineering Technology, “I didn’t even know how to work a wrench. But having a class with all guys motivated me to work double time. It pushed me to learn to do things on my own. It was a great feeling to know that I could do what they did and keep up with them and earn the same grades.”

Duncan said that it’s rare that she’s the only female student in her class, but that she doesn’t necessarily pay attention anymore. “I can hold my own, no matter who is in the class,” she said. 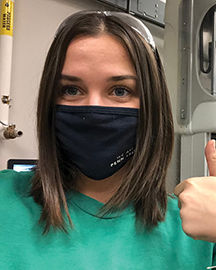 On choosing her major: Plastics are never going to go away and, so, the field has a great job outlook. Also, there’s always something new happening in plastics and there are a lot of areas within the discipline to go into.

Career goals: I love talking to people, so I’m thinking that doing sales for the plastics industry would be right up my alley.

Most challenging aspect of her major: The classes are very hard. Plastics is a different world, so it takes a lot of time to get a good grip on it. It is a lot of work, but I know it will pay off.

Advice for women considering an engineering major: Do not worry about possibly being the only woman in a particular class. It makes you work harder and it pays off.

On hands-on learning: One of the best parts about Behrend is the research opportunities for undergraduate students. I have learned so much more than I thought I would from doing research. It makes you think and apply the concepts you’re learning in class, which helps you understand the how and why. 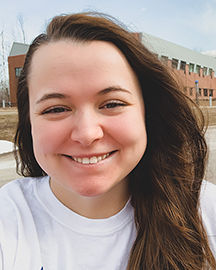 On choosing her major: I always enjoyed math and science, and I knew I wanted to work in an applicationbased field more than a theory-based one. I originally planned to transfer to University Park for Civil Engineering, but after spending time at Behrend, I didn’t want to leave. After talking to several faculty members and reviewing the recommended action plans for some of the engineering majors at Behrend, I landed on IE. I love statistics and optimizing processes, so IE was the perfect place for me.

Career goals: I am staying open to possibilities, but I’m going to be starting my career in the rail and transit manufacturing industries.

On being a female engineering student: I’ve never been the only woman in my classes, but was definitely in the minority in the first couple of years. It never bothered me, though. I was always up for the challenge of proving myself.

Advice for future female engineering students: Don’t let “No” deter you. Go after the things that spark your passion. 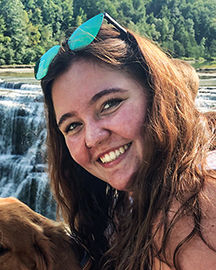 On choosing her major: I chose ME because it’s the broadest form of engineering and it offers an almost endless opportunity of areas to go into.

On changing her mind: I didn’t always want to be an engineer. When I applied to colleges, I wanted to go into psychology. Then I decided that I wanted to be a mathematics major before changing my mind again and landing on engineering. I figured it was a practical decision based on my strengths.

Challenge accepted: The biggest challenge in the beginning was teaching myself how to study. To be honest, I’d never had to study before! Time management was a huge challenge, too.

Advice for future female engineering majors: Don’t be discouraged if you have to take a class more than once. It’s common and some people just need a little more time to learn than others do. Also, never be afraid to ask for help from your professors. They care about your success as much as you do, and they will do anything in their power to help you. 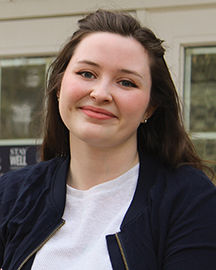 On choosing her major: At a high school career fair, I met with PLET graduates from Philips Respironics. They walked through the process of design, prototyping, and testing to make a real, functional product, and I fell in love. No other school compared to Behrend’s program and the faculty have made it worthwhile.

Career goals: My big picture goal is to make things for people that make life easier, something tangible that helps humans or the world around us. Specifically, I want to work in design and human factors. I love modeling, prototyping, and seeing an idea come to life.

What you’d be surprised to know about the PLET major: When people think of plastics engineering, they think of bottles; I did too, at first, but now I love explaining the depth and reach of what we do.

What’s wrong with being confident: I’m never afraid to be outnumbered. I am confident with my tools and machines, and I’m not afraid to show it, which makes all the difference. Confidence is key. You’re capable of anything if you work for it and trust yourself.

On diversification: I’d urge students to step outside engineering and get involved in other clubs, too. I have participated in Behrend theatre and served as stage manager for all of the productions since my first year. It’s a great way to meet people from different places and share a common interest. 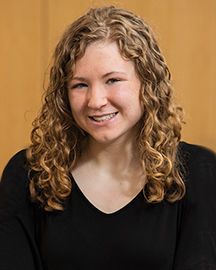 On choosing her major: I’ve always had an aptitude for math and science, but I associated engineering with hands-on manufacturing. On a visit to Behrend, I learned that IE was a field centered around efficiency and conceptual problem solving, and I knew that was for me.

Career goals: I am interested in operations research. Long-term, I see myself working as an operations manager, but short term, I plan to intern while attending graduate school.

Born to be organized: The time management aspect of college was easy for me. I was very involved with activities in high school, so time management is second nature. It helps that being an IE major means learning to optimize resources, such as time, so I organize every day to make the most of it.

What you’d be surprised to know about engineering: Many people think that because engineering is a difficult major, it requires your full attention. But, that’s not always the case! I’ve been part of many clubs and activities, including Behrend’s women’s basketball team.

On proving herself: My classes are 25 percent women, but I’ve never been discouraged by being in the minority. It motivates me to prove myself.

Advice for female engineering students: Don’t be afraid to fail. Try things before being discouraged by someone’s opinion. It’s better to try and fail than regret that you didn’t even try.