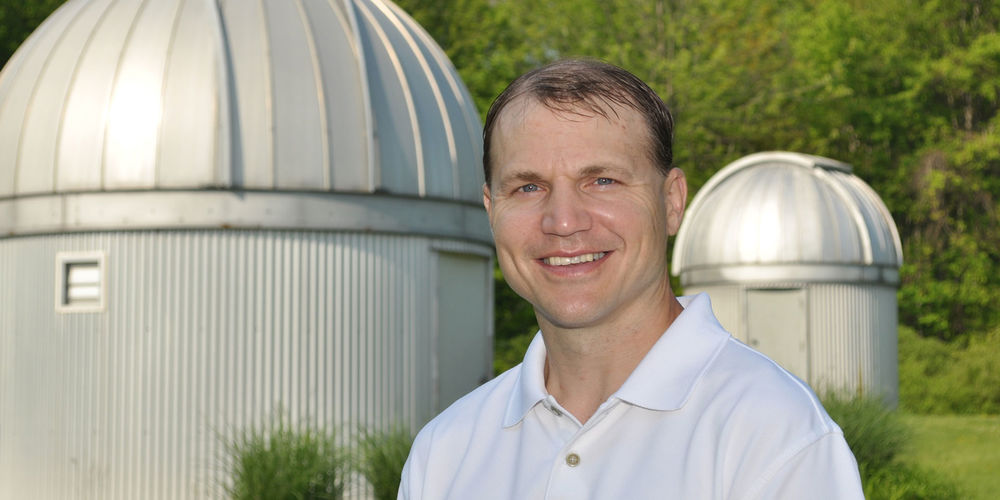 Darren Williams works in the same office he did two years ago. He researches the same topics. He teaches the same courses.

Yet life will never be the same for Williams. Not anymore.

Williams, a professor of Physics and Astronomy at Penn State Erie, The Behrend College, thinks back to the summer of 2012 and realizes signs were evident.

His energy had been cut in half. Red spots began to appear on his legs. A routine cut on his leg got infected.

Everything came to a head for Williams during convocation for the fall 2012 semester. He wore new shoes during the ceremony, and a blister became infected.

Williams decided to go to the emergency room, where doctors performed blood work. They noticed his platelet count was low and suggested admitting him.

That was something Williams was adamantly against. The fall semester was set to begin that Monday, and he felt that he needed to complete some preparations. After some discussion, Williams convinced doctors to let him return Monday afternoon for additional blood work.

He did just that and everything seemed fine until he received a call from his wife, Jody, as he was driving home.

“The emergency room called,” he recalls her saying. “They said the blood from Saturday was analyzed and your white blood cells are deformed.”

His wife’s words carried a startling reality: Williams had leukemia.