ERIE, Pa. — Susan Fowler left Uber, the ride-hailing service, without a leather jacket: After promising one to each of the company’s site-reliability engineers, her manager bought them only for the men, Fowler said.

“He said that because there were so many men (in the organization), they had gotten a significant discount on the men’s jackets but not on the women’s,” Fowler, a software engineer, wrote in a blog post. “It wouldn’t be equal or fair, he argued, to give the women leather jackets that cost a little more.”

It wasn’t the first time Fowler had been singled out because of her gender. In fact, on her first day of work, her boss had propositioned her, she said.

“I found that really upsetting,” said Allison Steinmetz, a software engineering major at Penn State Erie, The Behrend College. “To know that people were not taking her seriously, especially at a company so well known as Uber … it’s disappointing.”

Steinmetz and four classmates found a novel way to support Fowler, who now works at Stripe, an online payment-processing company: They developed a text-based simulation game that uses real stories to educate employees about workplace harassment. The program, called KickHerassment, won two awards at WiCHacks, the 24-hour female hackathon at the Rochester Institute of Technology.

The simulation presents a series of uncomfortable workplace scenarios. “Each choice that the user makes — whether it be to take action against the harasser, or to shy away — affects their later scenarios,” said Rachel Rattay, another of the developers. She and Steinmetz built the program with Katie Chuzie, Karlene McCleary and Alexa Foo.

“We wanted to show the frustration and helplessness of being harassed,” Foo said. “Eventually, the same scenario will start repeating, with slight variations. The only way to really get out of it is to quit your job.”

The team built the simulation on-site at RIT in February. Two weeks earlier, another Penn State Behrend team won the #HackHarassment challenge at BrickHack, RIT’s premiere hackathon. More than 400 student designers and coders competed at that event, vying for more than $13,000 in prizes.

A third team won the JetBrains and Best Java Hack awards at the HackPSU event at University Park in early April. Those students — Appa Hardner, Ryan Seipp, Matthew Benkart and Corey Zalewski — built an application called Canvoice, which integrates Canvas, the University’s new learning management system, with the Amazon Echo. Users can activate the Echo, which responds to voice commands, to check their grades or ask for upcoming assignments for a specific class.

The performance at HackPSU was an encore of sorts: In November, Penn State Behrend students won five of 16 prizes at the fall HackPSU hackathon. More than 600 students participated in that event, which was sponsored by the Penn State EdTech Network, IBM, Brazen and Instructure. Three Behrend teams brought back awards:

“Our students are showing their programming skills not only in class, but in competition at other universities, and they’re excelling,” said Naseem Ibrahim, assistant professor of computer science and software engineering. “These competitions allow our students to work together to solve problems that are interesting, innovative and current, while interacting with cutting-edge technologies.” 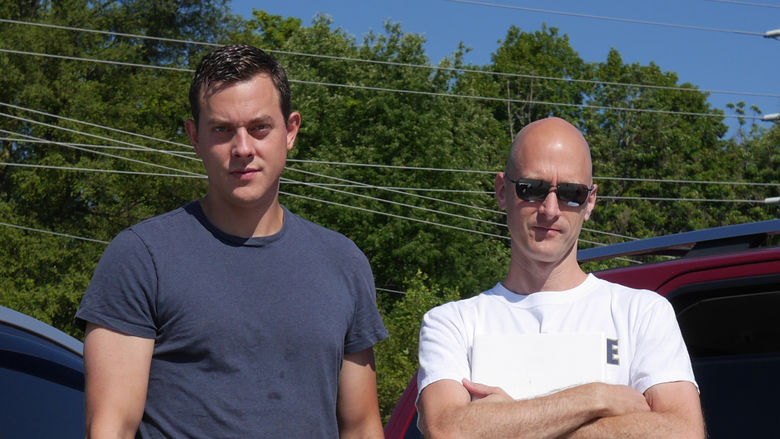 Hackers who remotely hijacked a Jeep to speak about cybersecurity threats