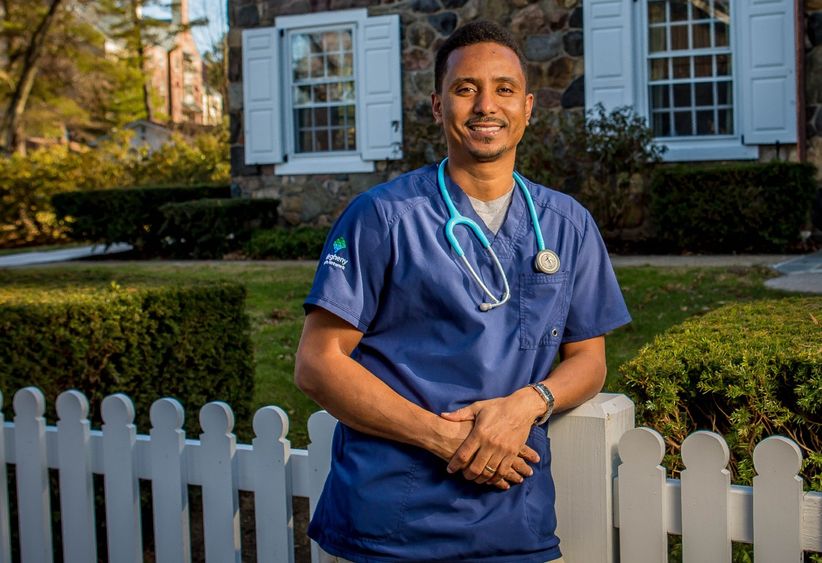 Penn State Behrend graduate Abraham Berhane lived in a refugee camp after fleeing his home in Eritrea. “When we came to Erie, we started our life from zero,” he said.

ERIE, Pa. — When Abraham Berhane began his studies as a pre-nursing student at Penn State Behrend in fall 2014, he wasn’t a typical freshman.

He was married with two children – one of whom had been born just weeks earlier. He was 31 years old. And he had only lived in the United States since 2013.

“When I started, it wasn’t easy,” said Berhane, who was born in Eritrea. He and his wife had to juggle childcare along with his studies and his wife’s second-shift employment, which was supporting the family.

Berhane worked with his academic advisers at Behrend to schedule classes around his family obligations, and he spent weekends in the library completing his assignments.

It worked. Today, Berhane is a cardiac nurse at Saint Vincent Hospital, having earned his bachelor of science in nursing from Behrend in 2018.

It’s a long way from where he was seven years ago, when his family arrived in Erie. They had spent the previous five years in a refugee camp in Ethiopia after fleeing their home in Eritrea.

“Eritrea is not good for young people,” Berhane said. “Economically, politically, Eritrea wasn’t really a place where we could work and see our future. … That’s the reason most people leave, and it’s the reason we left.”

The refugee camp in Ethiopia was “not a good place to be,” Berhane said, but was more a means to an end – a stop on the family’s ultimate journey to resettlement in Erie.

“When we came to Erie, we just started our life from zero,” he said.

Rather than focus on what they didn’t have, Berhane and his family viewed their situation as a matter of what they did have: The opportunity to start over – which led him to pursue his nursing degree.

Berhane had graduated from high school in Eritrea but never had the opportunity to pursue higher education. He had a few jobs when he first came to Erie, working at Walmart and later as a nurse’s aide, which helped shape his career.

“I started talking to people, and I started providing direct patient care,” he said. “That opened the door, and I wanted to do nursing."

Now, as a full-time nurse, he finds satisfaction not just in his chosen vocation, but in the care that he provides to his patients.

“When you are sick, it is not the best moment for you. You’re in the hospital, dealing with a lot of things,” he said. “As a nurse, when you meet people at that point, they’re vulnerable and need your help. I think one of the things you can do is help them and make a difference in their lives.”

Beyond providing personal fulfillment, nursing is also the culmination of Berhane’s refugee journey: It provides work of his choosing and a bright future for his family – both things that were missing for him in Eritrea, and both opportunities that he found here in Erie.

“I had the chance to do it, so why not use the chance and be what you can be,” he said. “It is something that anyone can do. That’s what I believe.” 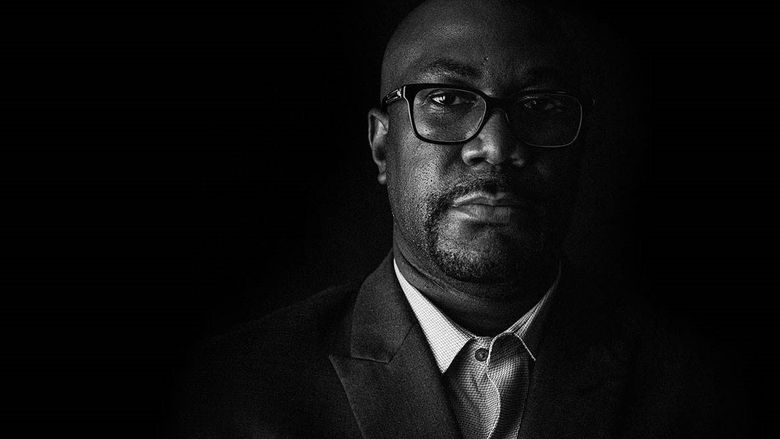