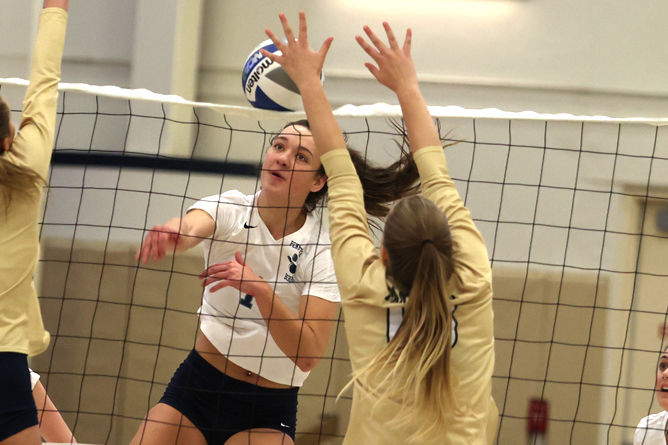 The Penn State Behrend women’s volleyball team swept Alfred State in the Allegheny Mountain Collegiate Conference championship match and will face Calvin University in the first round of the NCAA Division III tournament on Thursday.

The Lions lost in overtime in the AMCC semifinals, ending their season with a 12-5 record. John Ziobro, a sophomore from Westtown, New York, scored his first goal of the season, hitting the lower-left corner of the net early in the first half.

The Lions won a 15th AMCC conference championship with a 2-0 victory over Pitt-Greensburg. Brenna McGuire, a senior from McDonald, and Isabella Mollica, a sophomore from Moon Township, scored the goals. The team will face Wesleyan in the first round of the NCAA Division III tournament on Nov. 13.

Kristin Reiland, a senior from Fairview, had 14 kills, nine digs and four block assists against Pitt-Bradford. Brooke Joncas, a junior from Corry, had 11 kills, five digs and three aces against Alfred State.

Joe Newara, a senior from Harborcreek, won twice at heavyweight at the Mount Union Invitational, pinning a wrestler from Hiram and winning by fall over another from Brewton-Parker.

Reegan Malis, a freshman from Butler, led the Lions with a 161.2 average across five games on the first day of the Medaille Invite.