MBA students extend competitive careers that were paused by COVID 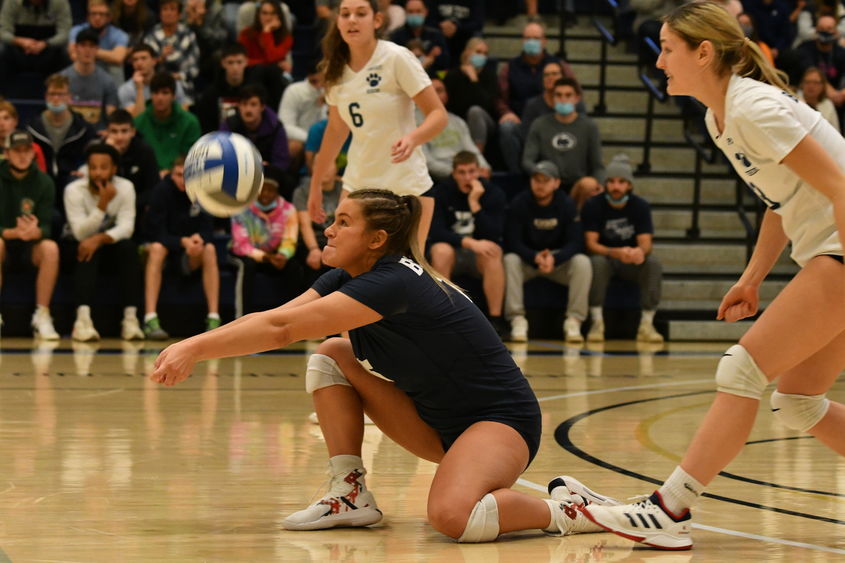 Maddie Clapper, a graduate student at Penn State Behrend, received an extra year of NCAA eligibility after her 2020 season was canceled because of the pandemic. She helped the team to a 22-6 record.

“We approached it like an injury,” said Brian Streeter, senior director of athletics. “We did the best we could to get them back to playing.”

Months later, when athletes were permitted back on the field, they had to navigate new safeguards: facemasks, a ban on spectators, travel limitations and pre-game COVID testing.

That backdrop led many student-athletes to a new level of commitment, Streeter said.

“It gave the upper-division students a chance to lead, and the ability to handle difficult situations,” he said. “They are cherishing the opportunity to play one more time, just for the fun of it.”

The NCAA has added more time to the game clock: Athletes whose seasons were shortened or canceled because of COVID have been granted an additional year of eligibility. At Behrend, where students can enroll in five master’s degree programs, that means team rosters now include some graduate students.

Maddie Clapper, a 2021 graduate from Hollidaysburg, earned a degree in marketing from Behrend’s Black School of Business. She enrolled in the master of business administration (MBA) program in part because she was eligible for another year with the Behrend volleyball team.

“My last year in undergrad was a COVID year, and it left a bad taste in my mouth,” she said. “You never want to leave on that kind of chapter.”

Several of her teammates graduated, including a close friend and roommate. Another opted to return for a fifth year. Clapper, a defensive specialist, also decided to come back.

“I kind of had to reevaluate my college career,” she said. “I’m happy with the decision I made, but in the beginning it was really tough, knowing I would have to commit so much time (to academics) as a graduate student.” 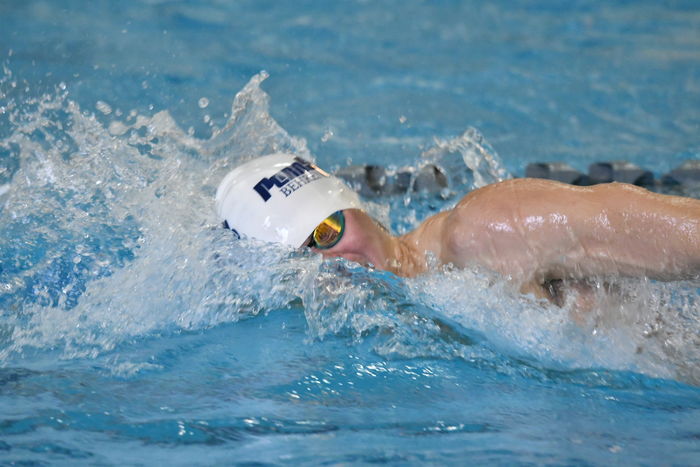 Jacob Schmidt, a graduate student at Penn State Behrend, earned a fifth year of NCAA eligibility after his 2020 season was canceled because of the pandemic. "It was important to me to compete in an extra season," he said. "I still wanted to see how fast I could push myself."

Jacob Schmidt, a swimmer from Erie, also enrolled in the MBA program, hoping to build on his degree in project and supply chain management. He’s back in the pool, swimming the 500 freestyle.

“Last year really had an impact on our season,” he said. “We only had three swim meets the whole year, and no fans were allowed to attend. That made the meets feel like a practice.”

This season has been an easier adjustment: Because his class schedule is more flexible, Schmidt no longer has to rush to class after morning practices. He now looks to the pool as a “getaway” from his schoolwork.

“It was important to me to compete in an extra season,” he said. “I still wanted to see how fast I could push myself and my teammates. And I still have some unfinished goals that I would like to reach before the end of the season.”

Clapper made the most of her fifth season, which ended in November. She helped the Lions to a 22-6 record and an Allegheny Mountain Collegiate Conference championship. She was named to the All-AMCC First Team and ranked second in the conference in digs, with 372.

“That extra time was valuable to me,” she said. “Sports teach you so much about teamwork, leadership and adversity, and I was able to be a part of that and make memories with people I really care about.

“I resented COVID,” she said. “I hated how it changed my path. But I appreciate now that I had another opportunity to compete.”