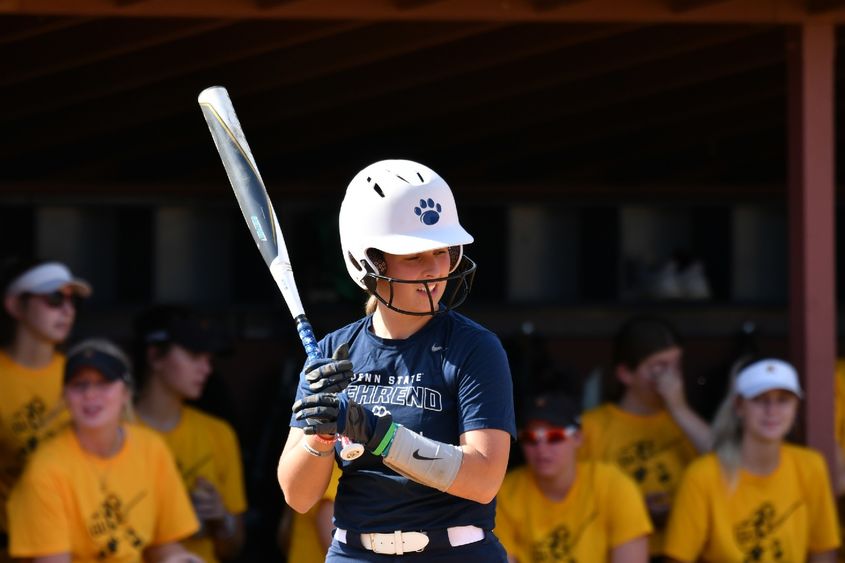 The Penn State Behrend softball team opened its 2022 season with a 5-inning victory over Sage during Spring Break play in Florida.

The Penn State Behrend softball team opened its 2022 season with a five-inning victory over Sage during Spring Break play in Florida. Cami McNany, a junior from Emlenton, hit a grand slam in the bottom of the fifth inning.

The Lions exited the Eastern College Athletic Conference tournament in the semifinal round. In the quarterfinals, Kenny Fukon, a senior from Cranberry Township, scored 17 points.

The Lions lost in the championship game of the ECAC tournament. Kara Haslett, a senior from Baden, and Rachel Majewski, a freshman from Erie, each scored 12 points. In the semifinals, Alanna Dibble, a senior from Lakewood, New York, scored 23 points.

Anthony Slate, a sophomore from Hopewell, hit a triple in the bottom of the eighth inning, driving in two runs and giving the Lions the lead.

Jocelyn McNany, a freshman from Cranberry Township, had three hits, including a double, and scored three runs in her collegiate debut. Ashleigh Schmidt, a senior from Sarver, pitched five innings, striking out three batters.

JP Goodsel, a graduate student from Corry, recorded 11 kills and six digs against Medaille. Alex Jackson, a sophomore from Cochranton, had 19 assists.

Thirteenth (of 48 teams) at the All-Atlantic Region Track and Field Conference Championships.

Braeden Smith, a senior from Erie, placed third in the high jump, clearing a height of 2.05 meters. Samuel Hetrick, a sophomore from New Bethlehem, placed fourth, with a height of 2.02 meters. Antonio Stello, a senior from Punxsutawney, placed ninth in the 60-meter sprint, finishing in 7.08 seconds.

Ashley Debich, a sophomore from Leechburg, bowled a 236 in the match against Daemen. Abigail Lanker, a freshman from Sunbury, Ohio, bowled a 206 against Walsh.