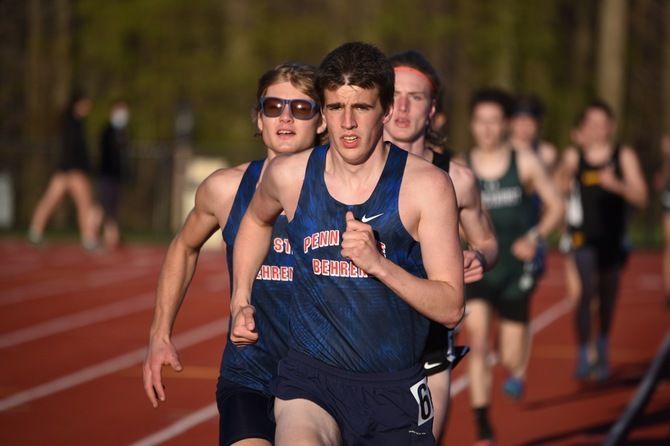 Behrend’s volleyball, tennis, water polo and bowling teams also were in action last week. Here are the scores and highlights:

Olivia Nola, a freshman from Erie, placed second in the 3,000-meter race, finishing in 11:09.98. Madison Kappeler, a sophomore from Cecil, placed fourth in the pole vault, clearing a height of 2.90 meters.

JP Goodsel, a graduate student from Corry, had 16 kills and 10 digs against Thiel. Diego Ortiz, a junior from San Juan, Puerto Rico, had 21 assists against St. Vincent.

Max Lu, a junior from Plum, and Ethan Hillhouse, a freshman from Erie, won their singles matches against Mt. Aloysius with perfect 6-0, 6-0 scores. Lu plays at No. 5, and Hillhouse at No. 6.

The Lions exited the Allegheny Mountain Collegiate Conference championship tournament with the losses to Pitt-Bradford. Abigail Lanker, a freshman from Sunbury, Ohio, led the team with a 183.