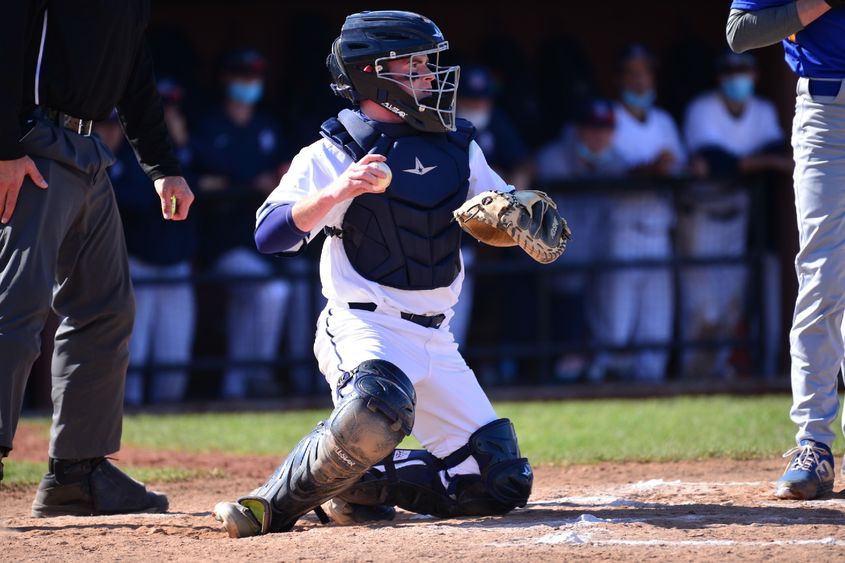 The Penn State Behrend baseball team has won its last six games, including a 15-2 victory over Hiram on April 15.

The Penn State Behrend baseball team has won its last six games, including a 15-2 victory over Hiram on April 15. Ten players had a hit in that game. Three players – Zack Bowen, Chase Palmer and John Berger – had three hits.

Behrend’s softball, track and field, volleyball and golf teams also were in action last week. Here are the scores and highlights:

Zack Bowen, a senior from Pittsburgh, had six hits against Penn State Altoona, including a home run, three doubles and a triple. He scored seven runs. Derrick Shields, a junior from Waterford, pitched all seven innings of the first game against Medaille. He struck out a career-high 11 batters.

The Lions scored six runs in the fifth inning of the nightcap against La Roche. Kylee Bundy, a senior from DuBois, connected for her 100th career hit.

Jake Rose, a senior from Lawrence Park, won the shot put at Thiel’s Tomcat Invitational, completing a 13.52-meter throw. Matthew Laslavic, a freshman from Zelienople, placed second in the javelin with a 52.76-meter throw. Both qualified for the All-Atlantic Regional Track and Field Conference Championships.

The Lions exited the NCAA championship tournament in the first round, losing to top-ranked Springfield. The team ends its season with a 22-8 record.

Eighth (of nine teams) at the Mercyhurst Invitational

Seventh (of nine teams) at the Gannon Spring Invitational

Alex Pol, a senior from Erie, led the team at Mercyhurst. He carded a 78 and tied for 17th overall.  Ryan Johnson led at Gannon, carding a 78 and tying for eighth place.