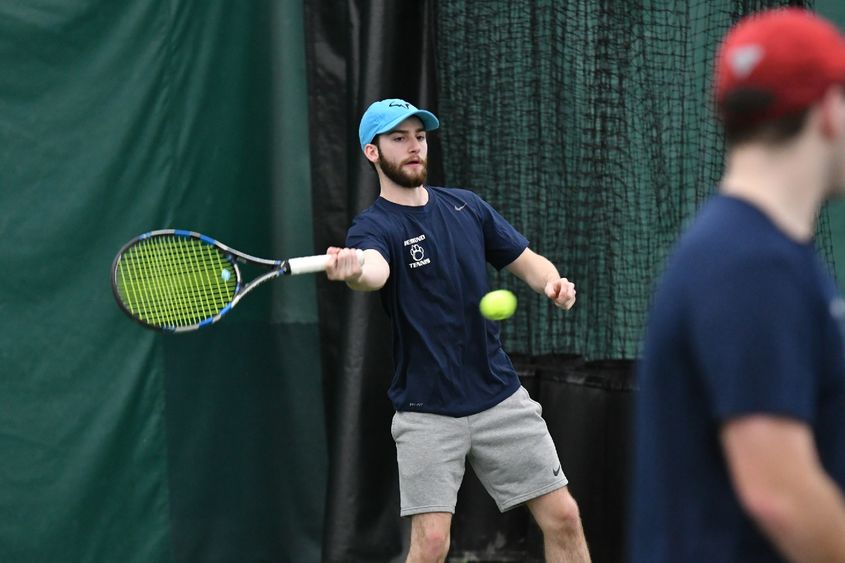 Behrend’s baseball, softball, water polo and track and field teams also were in action last week. Here are the scores and highlights:

Isaac Stouffer, a junior from Punxsutawney, hit a home run in the nightcap against Westminster. Three innings later, he hit a two-run triple.

The Lions scored 17 runs in two innings in the nightcap against Pitt-Bradford. In the opener, Ashleigh Schmidt, a senior from Sarver, threw a one-hit shutout, striking out nine batters.

Dan Dabrowski, a sophomore from Harborcreek, won the discus event at the Behrend Invitational, completing a throw of 48.81 meters – a school record. Samuel Hetrick, a sophomore from New Bethlehem, won the high jump and the long jump.

Mitchell May, a junior from Erie, and Jonathon Laier, a freshman from Lansing, Michigan, won at No. 1 doubles in the AMCC title match, finishing with a score of 8-2. Laier also won at No. 1 singles, finishing 6-4, 6-2. He was named to the All-Tournament Team.