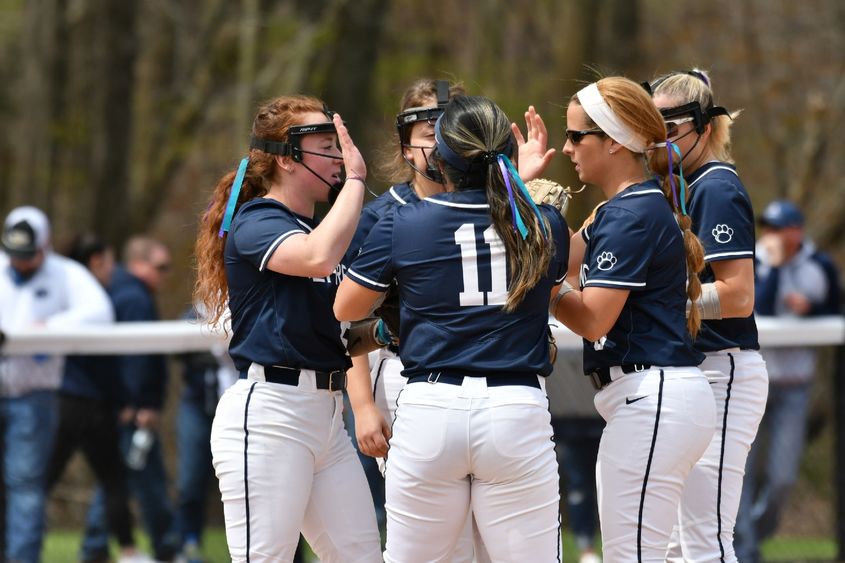 The Penn State Behrend softball team won the Allegheny Mountain Collegiate Conference regular-season title and will enter the conference championship with the No. 1 seed.

Behrend’s track and field teams also were in action last week. Here are the scores and highlights:

Isaac Stouffer, a junior from Punxsutawney, hit a leadoff home run in the first game against La Roche, opening a lead for the Lions. Thomas Zbezinski, a senior from Gibsonia, recorded his 200th career strikeout in the nightcap against Alfred State. He pitched five innings and allowed just three hits.

Ashleigh Schmidt, a senior from Sarver, pitched 4.2 innings against Penn State Altoona without giving up a hit. She is tied for second in the AMCC for wins this season, with nine. Jocelyn McNany, a freshman from Cranberry Township, hit a three-run home run with two outs showing.

Samuel Hetrick, a sophomore from New Bethlehem, won the high jump at the Ashland Alumni Open, clearing a height of 2.00 meters. Aidan Domencic, a junior from Cranberry Township, placed third in the 3000-meter steeplechase, finishing in 10:14.40.