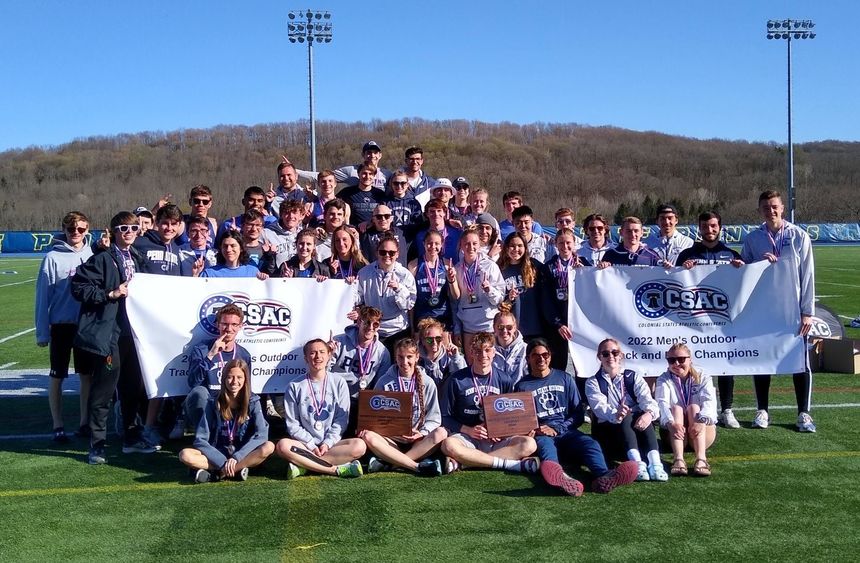 Penn State Behrend's track and field teams won the Colonial States Athletic Conference championships on May 8. Both teams will compete in the Marty Goldberg Gator Invite at Allegheny College on May 12.

Behrend’s baseball and softball teams also were in action last week. Here are the scores and highlights:

Zac Bogats, a junior from Coraopolis, led the Lions against Otterbein with three RBIs. The team will host the Allegheny Mountain Collegiate Conference tournament, which begins May 12.

The Lions won their second straight AMCC championship, earning an automatic bid to the NCAA tournament. Ashleigh Schmidt, a senior from Sarver, pitched a shutout — her sixth of the season — against Medaille. She struck out 10 batters and allowed just two hits.

Ivy Laffan, a freshman from Waterford, won the 100-meter, 200-meter and 400-meter races at the Colonial States Athletic Conference championships. She set a personal record in the 100 meters, finishing in 12.73. Caroline Upham, a senior from Erie, won the high jump, clearing a height of 1.50 meters.