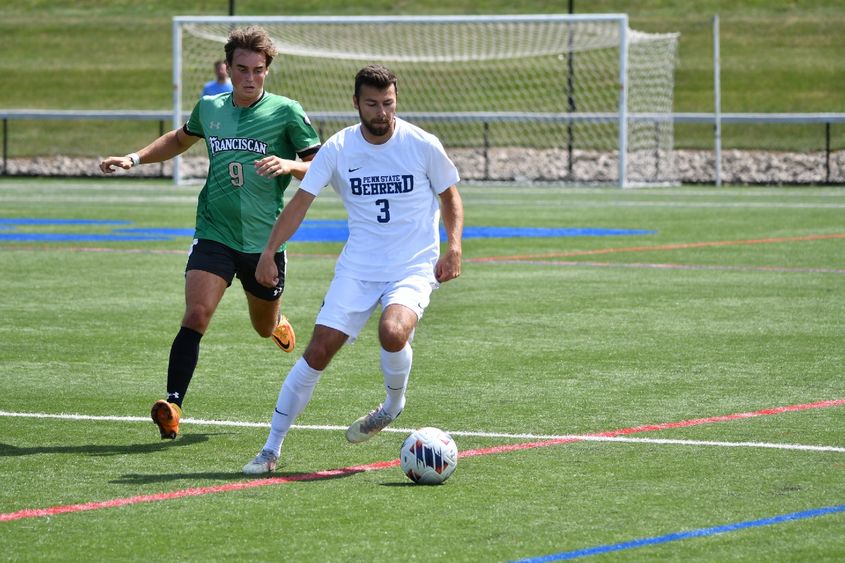 The Penn State Behrend men’s soccer team posted its seventh consecutive shutout with a 4-0 win against Pitt-Greensburg on Oct. 22.

ERIE, Pa. — The Penn State Behrend men’s soccer team posted its seventh consecutive shutout with a 4-0 win against Pitt-Greensburg on Oct. 22. The Lions, who are tied for first place in the Allegheny Mountain Collegiate Conference, have scored 30 goals during that stretch.

Behrend’s volleyball, water polo, bowling, and swimming and diving teams also were in action last week. Here are the scores and highlights:

Five different players scored against Hilbert. Mia Zec, a junior from Cranberry Township, struck first, on a penalty kick in the 17th minute.

Sarah Cole, a senior from Jackson Center, hit a season-high 12 kills against Hilbert. Meg Goodsel, a junior from Corry, contributed 33 of the team’s 37 assists.

Abigail Lanker, a sophomore from Sunbury, Ohio, had the top team score in two matches at the Grapevine Classic. She finished with a 171 average and was named to the All-Tournament team.