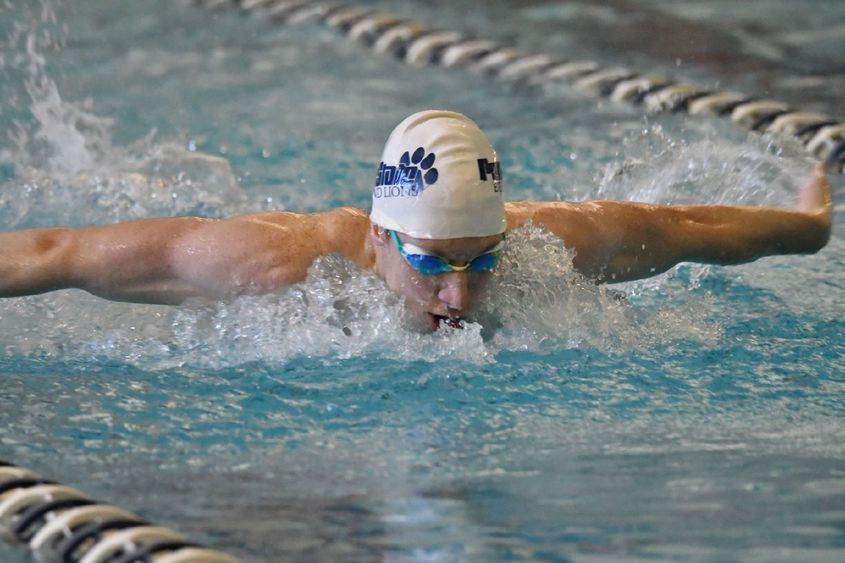 Penn State Behrend swimmer Tim Compton, a sophomore from Pittsburgh, set a pool record in the 400 IM at Pitt-Bradford on Nov. 5. He finished in 4:18.55.

Behrend’s soccer, volleyball and bowling teams also were in action last week. Here are the scores and highlights:

Blake Cooper, a sophomore from Murrysville, scored Behrend’s lone goal in the Allegheny Mountain Collegiate Conference championship game. The Lions, who had not given up a goal since Oct. 1, lost the title on penalty kicks, 4-5, after two overtime periods.

Trinity Prestash, a sophomore from Philipsburg, scored two goals in the AMCC semifinal game and two more in the final. She had seven goals in her last three games of the season.