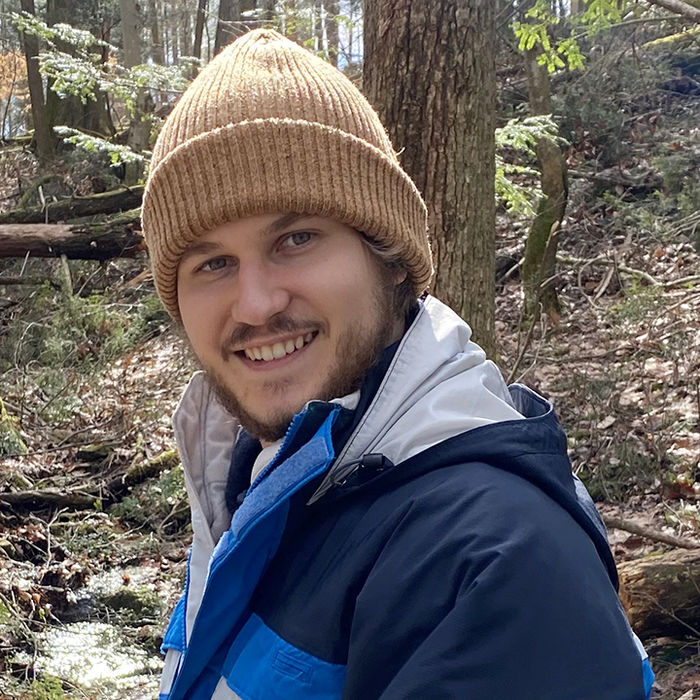 Why he chose Behrend: In a way, I didn't. I originally went to a community college in Pittsburgh. There, I had the opportunity to tour several universities. Penn State’s University Park stood out to me, and I applied. Because I was a transfer student, I had to do a 2 + 2 program (two years at a Commonwealth campus and two years at University Park). I chose Behrend, but within three weeks of being here, I knew I wanted to stay.

Decision made, period: The faculty relationships I had made in just a month, the energy that I experienced at Behrend, and the plethora of opportunities available made up my mind. I am a decisive person so when I decided that I was staying, that was that.

On Business Econ: Unlike many other schools, Behrend houses the Economics program in its business school, so there is a particular focus on the business applications of economics, which was of most interest to me. I have been particularly interested in the field of Behavioral Economics, which studies decisions being made in real-world situations that might not line up with the expectations set forth by the traditional Economic view.

On International Business: I.B. is a concurrent major that must be taken in combination with another business major. This allows you to get two degrees with just a few extra courses.

Can talk and walk backwards: I have been a Lion Ambassador since the fall semester of my first year. In that time, I have served as historian and treasurer. I got to call Midnight Bingo twice, and I have given countless tours around the campus. I am very good at walking backward around campus.

Virtual tour leads to research work: After spearheading a virtual tour of Behrend, I got involved with the college’s Virtual Augmented Reality (VAR) Lab, which is directed by Dr. Chris Shelton, assistant professor of clinical psychology. I’ve been working as a student researcher and project manager in the VAR Lab for the past year and a half.

Hike the gorge with Marcus: One of the projects I’m most proud of is a virtual hike through Wintergreen Gorge. I had the chance to work with all types of unique hardware and software while working on it, and my “office” was the great outdoors for several weeks in early summer. I even presented it at a Penn State Alumni Association WE ARE Weekend virtual event. I’m currently working on a four-seasons tour of Wintergreen Gorge.

He’s an idea guy who can take the lead: I really enjoy brainstorming. I love to think of visual improvements that I would like to see in the world and look at them from many different angles, then loop in a lot of different individuals to ensure a well-rounded solution. That is why I decided to pursue a graduate degree in project management. I’ve learned that the most fulfilling work for me is moving a project along, pushing it as far as I can before passing it on to those who come after me.

Thrill seeker: I have been skydiving and white-water rafting. (Watch us on the water in 360 here.) Also, the first time I ever went tent camping, it was along a 10-mile section of the Appalachian Trail in the mountains between Tennessee and North Carolina…in January…with a couple of friends as inexperienced as I was. I’m proud to say that I planned that trip, and it included a second and third day with an additional 16 miles of hiking (optimistic in hindsight, I know). I maintain that I’d have finished that trip if my friends hadn’t chickened out after one night in 26 degrees. We high-tailed it out of there that morning and caught a shuttle back to the car.

His definition of the good life: Surrounded by nature with the self-sufficient infrastructure around me that is necessary for comfortable off-the-grid living. Alaska, here I come!

What he’s passionate about: My involvement in the VAR Lab at Behrend. I believe in our collective vision, and I believe that we provide value and fill a gap in the emerging immersive technologies space.

Advice for first-year students: Whenever I see this question asked of a senior or alumni, they say “get involved.” All can say is that I've been fairly involved since day one here, and I still feel like I ran out of time. So, yes, get involved, the sooner the better. And don’t be afraid to try something completely out of your wheelhouse. If I hadn’t, I might never have gotten involved in immersive experiences or mixed/extended reality (XR).

Marcus is not quite done at Penn State. He will pursue a Master of Project Management degree, which is administered by Penn State Behrend through World Campus.