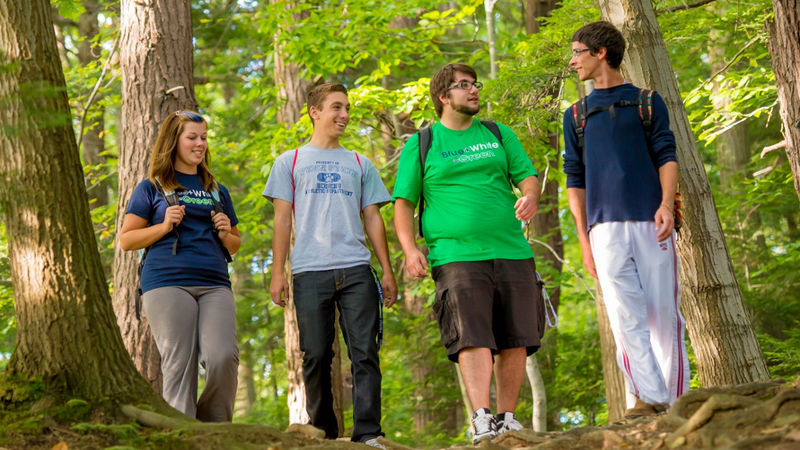 The Wintergreen Gorge is one of the college's greatest assets. Our video series, 'This is Behrend,' details how we plan to preserve it.

The Wintergreen Gorge formed more than 11,000 years ago, when water from a melting iceberg carved through shale and sandstone on its way into Lake Erie. The flow of that water cut a 3,980-foot chasm at the edge of what is now Penn State Behrend.

The largest of the gorge’s trails already was in place when Mary Behrend donated her farm property to Penn State in 1948. The Behrends rode their horses there; they had even poured concrete in places, making level pads for picnic tables.

Penn State Behrend maintains the gorge area as a “living lab” for students. The college also has committed to keeping the area open to others in the community, who use the trail system for hiking, mountain biking and trail running.

At times, that traffic has stressed the natural environment, particularly when visitors stray from the established trails. A comprehensive study now underway will allow us to stabilize the trail network, protecting plants and other natural assets while making portions of the gorge even more accessible.

The new episode of our video series, “This is Behrend,” outlines what’s being done, and why the improvements are necessary. Additional details can be found in the Wintergreen Gorge Trail Sustainability Master Plan. 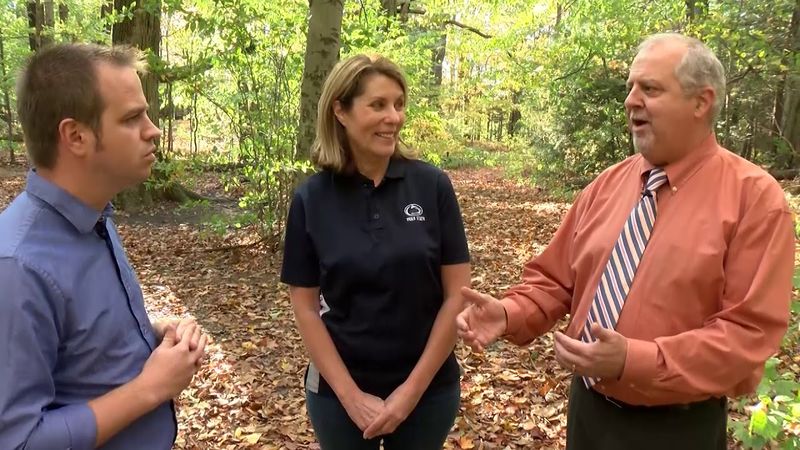 Did you know that the Penn State Behrend campus is more than 850 acres in all? One reason for that is the Wintergreen Gorge. For years, the gorge has been one of the college's greatest treasures. We take a closer look at this natural wonder in the latest episode of the web series, "This Is Behrend."