Batting averages fall when teams face both types of throws

ERIE, Pa. — For a moment, with the bases loaded and a 3-2 count on the batter, fans of the Cleveland Indians, up three runs in Game 1 of the World Series, held a collective breath.

They knew what was coming. So did the batter, David Ross. He’d caught for Andrew Miller in a previous World Series, when both were in Boston.

Miller’s signature pitch is a slider, an 85-mph fake-out with more bob than the Jedi training ball in “Star Wars.” It’s difficult to hit: Miller, who once played for the Erie SeaWolves, hasn’t given up a run in seven weeks.

He pulled this one, dipping the ball almost to Ross’s back foot. Ball four.

Except Ross had started to swing. He thought better of it and tried to pull the bat back, but he wasn’t fast enough.

The umpire called him out.

It didn’t help that Miller throws with speed, rocketing a 99-mph fastball. It also didn’t help that he’s left-handed: Pitchers who throw from the left have long been thought to have an advantage, since most batters are accustomed to hitting balls thrown from a different angle, says Clare Porac, a professor of psychology at Penn State Behrend.

Porac is an expert in laterality, or the study of handedness. She also knows baseball, having grown up watching Pittsburgh Pirates games at Forbes Field. She says the left-hander’s baseball advantage isn’t quite as clear-cut as we might believe.

In her latest book, “Laterality: Exploring the Enigma of Left-Handedness,” Porac writes about left-handers’ advantage in sports, including fencing and tennis. She also has addressed the topic on her blog, at sites.psu.edu/clarep/.

“There is a clear right bias in tennis,” she said. “People tend to serve the ball toward the right side. A right-handed opponent will hit that with a backhand. A left-hander will hit it with a forehand, which is generally a stronger stroke.”

Baseball is a bit more complicated, she said. In the batter’s box, psychologists make a “nature vs. nurture” argument.

“The nature view claims that left-handers are inherently better at some sports because their hand movements are controlled by the right hemisphere of the brain, which emphasizes spatial thinking,” she said. “The nurture view bases the left-handers’ advantage on the environmental fact that they are few in number, relative to right-handers.

“Left-handers have a competitive edge because they get a lot of practice competing against right-handers,” she said. “The nurture view argues that they will perform better when there are few of them in the sport.”

A 2008 study at Amherst College found something different: Batting averages actually improved in years when few left-handers were pitching. If left-handers had an advantage because their delivery was different, batters might struggle against that particular pitcher, the study’s author found. But if left-handers were rare, batters did better in other games – most of their games, in fact – when pitchers threw from the right.

Batting averages drop when there are more left-handers pitching, the study found. “When the pitching population is dominated by one handedness type, batters can more consistently predict a pitching style,” Porac said. “When there are relatively equal numbers of right- and left-handed pitchers, it’s more difficult for batters to anticipate the type of pitch they’re going to get. Left-handed pitchers do well, as you’d expect, but the right-handers do better, too.”

By that measure, there’s hope yet for the Chicago Cubs. Four of the team’s 11 pitchers are left-handers. Cleveland has just two. 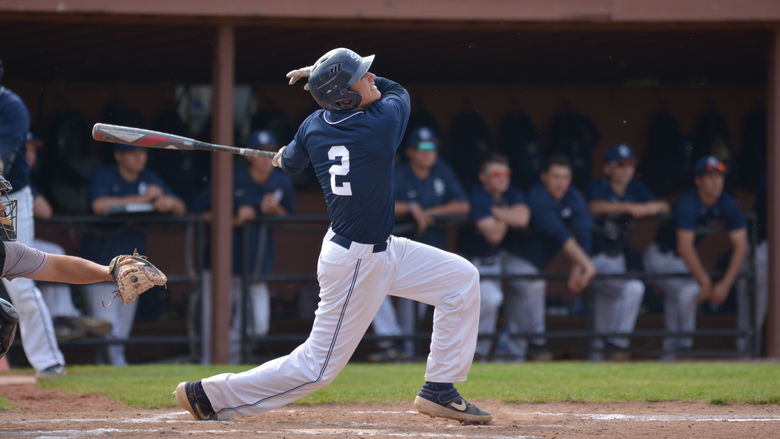