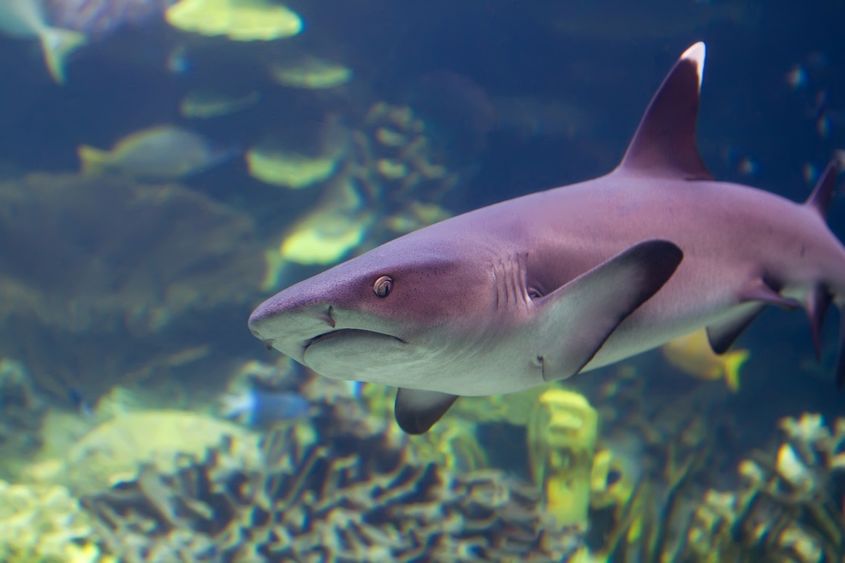 Penn State Behrend's celebration of Darwin Day will include a 7 p.m. lecture on the evolutionary success of sharks.

ERIE, Pa. — The School of Science at Penn State Behrend will celebrate the life and work of Charles Darwin, whose theory of evolution through natural selection became the foundation of modern biological science, with a free program on Wednesday, Feb. 12.

Darwin, the author of “On the Origin of Species,” was born on that date in 1809.

“Darwin’s theory of evolution by means of natural selection is the central tenant that unites all areas of biology,” said Todd Cook, assistant professor of biology at Penn State Behrend. “This day recognizes his immeasurable contribution to science, but especially to the natural sciences.”

The daylong program will include visits from local high school groups, a 6 p.m. public showing of “Life: A Cosmic Story” in the Yahn Planetarium, and a 7 p.m. talk on evolution in Room 101 of the Otto Behrend Science Building. A birthday celebration with cake will follow the lecture.

Darwin, an English naturalist, developed his theory of evolution while reviewing field notes from his voyage on the HMS Beagle, which carried him to the Andes Mountains, the Brazilian jungles and the Galapagos Islands, where he studied tortoises and iguanas. His 770-page diary supported his belief that evolutionary survival — he called it “descent” — was a perpetual struggle, and that species that did not adapt would die.

“Common everyday use of the word ‘theory’ would imply that it’s simply an idea, or a guess,” Cook said, “but Darwin’s theory of evolution is a well-substantiated explanation for natural phenomena that is supported by vast amounts of evidence. It has been, and continues to be, extensively scrutinized, and it holds up as a solid scientific theory.”

Cook, who has done extensive research work on sharks and rays from the Mesozoic and Cenozoic eras, will explore Darwin’s legacy during the public lecture, “The Evolutionary History of Sharks.” He will explain how sharks rose to the top of the oceanic food chain.

“Sharks have a fossil record that extends back more than 420 million years,” Cook said. “As a group, they have been able to survive several mass extinctions and events that have wiped out countless terrestrial and marine species.”

The Darwin Day program is open to the public and is designed for visitors of all ages. To learn more about the program, contact the School of Science at 814-898-6105.