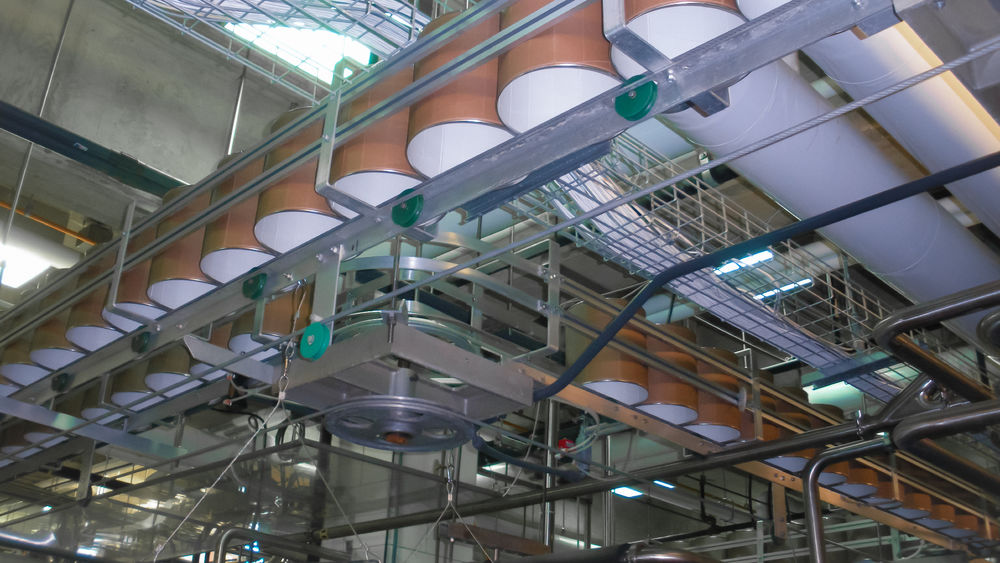 Michael Prinkey, an energy program engineer in the Office of Physical Plant (OPP), has one overarching piece of advice for operating Penn State’s sophisticated suite of building automation systems: Do not melt the ice cream at the Berkey Creamery.

It’s good advice considering that from his desk in the Physical Plant Building, he can instantly adjust the temperatures, lights and ventilation in thousands of rooms on University Park campus with just the click of a mouse.

How is this possible?

More than 350 buildings on campus are connected to and controlled by a building automation system, which uses a secure computer network to centralize the remote monitoring and control of electricity, lighting, plumbing, ventilation, air conditioning and other environmental systems. Many Penn State campuses across the state, including Harrisburg, Altoona and Erie, The Behrend College, also use digital automation systems for managing building settings.

From a single control center in the Physical Plant Building, the automated systems -- monitored by a handful of trained operators, analysts and technicians -- work to keep buildings operating at peak performance, maintain safe and comfortable room environments, and protect such critical resources as servers, chemicals, animals, research and, yes, even ice cream.

The automated controls also help save energy -- lots of it.

Since Penn State has 20.5 million square feet of building space at University Park campus alone, the building automation systems are a major component of the University’s overall energy reduction and conservation efforts.

The automated controls have helped Penn State reduce its electricity consumption by 20 percent and greenhouse gas emissions by 18 percent -- lowering them to below 2005 levels -- despite a 2 million square foot increase in building space. Building automation also will be a major player as the University aims for a 35 percent reduction in greenhouse gas emissions by 2020 and an additional 20 percent reduction in electricity over the next 10 years.

Though Penn State has been using some form of automated controls since the 1960s, today’s technology is not only more efficient and sustainable but also smarter, according to Bob Mulhollem, manager of facility automation services in OPP.

“Unlike having only one temperature device for an entire building like we used to, today’s intelligent chip technology lets us control one thermostat or dim one light in one room,” Mulhollem said. “Reducing energy use is the bottom line of everything we do, so being able to be so specific is key.”

The system saves energy because multiple vents, chillers, coils and other pieces of equipment, each with their own digital panels, are interconnected. Water, air and lights can be adjusted to run incrementally (not just on or off), which reduces the electrical draw across the entire system.

The smart systems also know when something is wrong.

If a temperature in a room in the Forestry Resources Building is too warm or a water pump in the Millennium Science Complex isn’t working -- based on established set points, run time schedules and program sequences -- the system triggers a virtual alarm.

This can happen up to 5,000 times per day and even more during summer thunderstorms and power surges, leaving the central control station bustling, according to Mulhollem.

Operators at the station, which is staffed 24/7, 365 days per year, monitor and sift through thousands of alarms and remotely troubleshoot issues. Though there are thousands of alarms daily, not all are critical, and many can be dealt with in seconds with the touch of a button. When an on-screen adjustment doesn’t work, the operator can send an analyst to fix the software or create a work order for a technician to solve the issue at the scene.

The alarms serve another important purpose, too.

“The alarms can also notify researchers via text or email when, for example, an air handler has stopped working in a research or server room, which could jeopardize their work,” Mulhollem said. “The scientist can’t go in and fix the air handler, but it gives them advance notice to move their research or shut down a server before we get there. Minutes count in these situations.”

Prinkey believes the environmental impact of the systems is still the most important for Penn State’s future.

“In combination with other sustainability efforts, the building automation systems are integral to achieving our ultimate goal of reducing the amount of energy the University purchases and consumes,” Prinkey said. “The systems are helping to create a more sustainable Penn State and planet.”

For more stories about IT at Penn State, visit news.it.psu.edu.