‘Congress to Campus’ event to focus on civility in politics 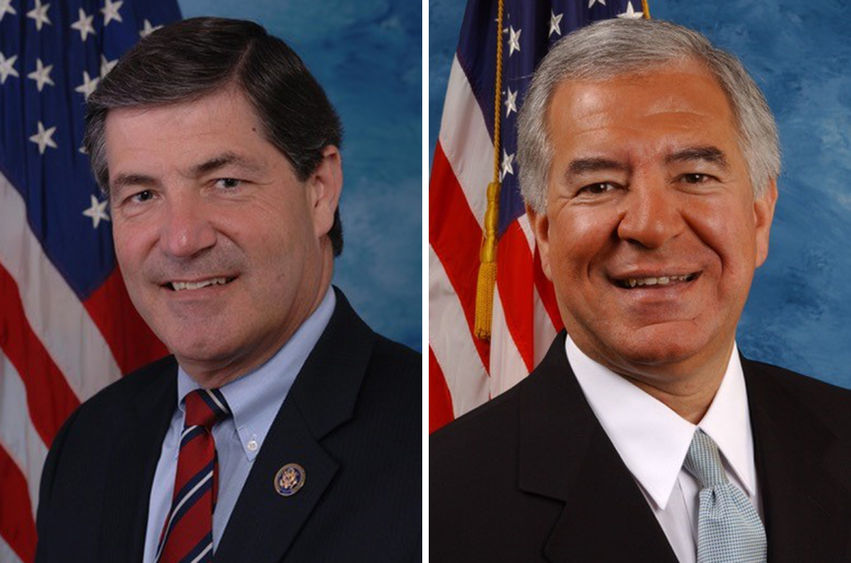 Former U.S. Reps. Jim Gerlach, left, and Nick Rahall will discuss the 2020 election and the governing challenges ahead during a virtual "Congress to Campus" event at Penn State Behrend on Dec.2.

Two former U.S. congressmen will discuss the 2020 election and the governing challenges ahead during a virtual “Congress to Campus” event at Penn State Behrend on Dec. 2. The 4 p.m. program will be open to the public, via Zoom, at https://psu.zoom.us/s/95747288054.

The program will be moderated by Robert Speel, associate professor of political science at Penn State Behrend. He will ask the former lawmakers for their perspectives on the pandemic, the future of the Affordable Care Act and the need for additional economic stimulus. Other topics will include climate change, police reform, immigration and tax rates.

“These former congressmen have worked with most of the leaders who will be making decisions at the national level in the near future,” Speel said. “Their efforts to seek out and support bipartisan solutions whenever possible will show our students and others a potential path forward from the extreme polarization of modern U.S. politics.”

Former U.S. Rep. Jim Gerlach will offer the Republican perspective during the Dec. 2 program. He represented Pennsylvania’s 6th District from 2003 until 2015, serving on the House Ways and Means Committee and its subcommittees on health and select revenue. He also served for 12 years in the Pennsylvania State Legislature, with terms in both the Senate and House of Representatives. He currently is president and CEO of the Greater Reading Chamber Alliance.

Former U.S. Rep. Nick Rahall will present the Democratic perspective. He was first elected to represent West Virginia’s 3rd District in 1976. He went on to serve 19 terms in the U.S. House, where he focused on transportation, among other issues. He also chaired the House Natural Resources Committee from 2007 until 2011.

The “Congress to Campus” event is sponsored by the Political Science program at Penn State Behrend, the Public Policy Fund and FMC, which promotes civility in politics and offers educational programs about democracy, public service and legislative institutions. To learn more about the program, contact Lena Surzhko-Harned, assistant teaching professor of political science, at [email protected].