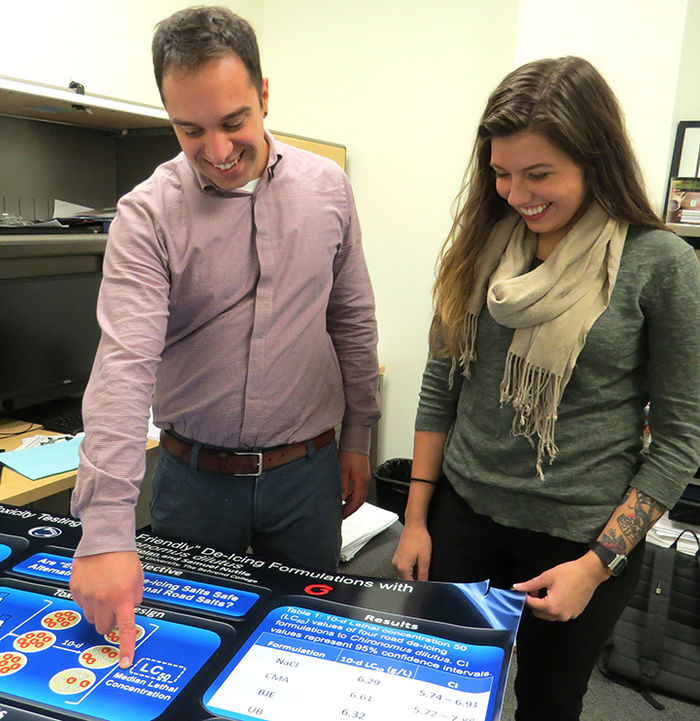 Penn State Behrend students succeed in and out of the classroom. Here are just some of the many students whose accomplishments and achievements were remarkable in 2018.

The student members of the Society of Automotive Engineers (SAE) Club set a new record and took first place in the International Supermileage Challenge, held in June 2018 at Eaton Corporation’s Marshall Proving Grounds test track in Michigan. The competition challenges teams to create vehicles that squeeze the most mileage out of a single tank of high-octane gasoline. The Behrend vehicle traveled 3,013 miles on a gallon of gas, which was a new U.S. record. The team also placed second in the Design Report Sub-Competition.

This past fall, senior Biology major Megan Solan won first place for her poster in the undergraduate research division of the 39th Annual National Society of Environmental Toxicology and Chemistry Conference in Sacramento, California. Solan studied the effects of road salt products on aquatic insects and compared the toxicity of traditional road salt to other products marketed as being more “eco-friendly.”

Paul Hoffman, a junior Accounting major, was chosen as the 2018 Erie Junior Achievement Celebrating Success honoree for helping to educate youth in the community and for starting his own business—Hoffman United, a construction, property management, and real estate development company—in Erie.