It was around 1:00 a.m. when Nici Cortes heard the noise. She slowly opened her eyes and peered to the right. The beam, which was serving as the foundation for the cardboard box home that she and her fellow Alpha Sigma Sigma sisters were sleeping in, had shifted ever so slightly.

She knew then that she was in for a long night.

“The worst part is not knowing if (the cardboard home) is going to stay up,” said Cortes, a Minneapolis native. “It’s hard to fall asleep knowing the roof could crash in at any moment.”

Cortes, a junior secondary education and math major, was participating in Penn State Behrend’s annual Cardboard City fundraiser for the third time. The event, held Nov. 14 and 15 at the college, requires teams of students to build homes using nothing other than cardboard, duct tape, boxes and any other disposable materials they can find.

The students live in the shelter for 24 hours, taking shifts, all in an effort to raise awareness of the struggles that homeless people routinely endure. To participate, each student group must also donate a bag of food as part of the college’s Thanksgiving Food Drive. Overall, the college donated 1,368 pounds of food, up from the 400 pounds donated during last year’s drive.

“This is really a great cause, but it’s also important to remember that these conditions we sleep in for one night are still a lot better than the conditions that homeless people actually deal with,” said Elisa Dehoyos, a sophomore international business and marketing major from San Antonio who also slept in the Alpha Sigma Sigma house.

The event coincides with National Hunger and Homelessness Awareness Week, a week that is coordinated by the National Coalition for the Homeless and meant to be a time where communities come together to share compassion for those who are experiencing homelessness while also working toward a world where hunger and homelessness do not exist.

A total of 25 student groups participated in this year’s fundraiser, which began at 10 a.m. on Nov. 14. Structural concerns were not the only issue that participants faced. It was cold: Evening temperatures were in the low 30s, and the winds were brutal. There were other challenges, too.

“Around midnight, I heard a car just blasting music. It was still really active outside, which made it nearly impossible to fall asleep,” said Andrea Gáez, a junior IBE major from Panama who also stayed in the Alpha Sigma Sigma house.

For the participants, the experience was a humbling one. However, there were some positive takeaways.

Doug Harner, a sophomore hospitality management major, stayed in the home that was sponsored by the Lion Ambassadors. The Hershey native found it refreshing to see how participants did not use technology, which made for a more intimate experience.

“People weren’t on their phones, and they were actually talking with one another,” Harner said. “I think that helped bring everyone closer, and it also helped really drive home just why we are out here to begin with. I would never wish this on anyone, but now I’m more motivated to say, ‘Okay, what can I do to make sure this isn’t happening to people?’” 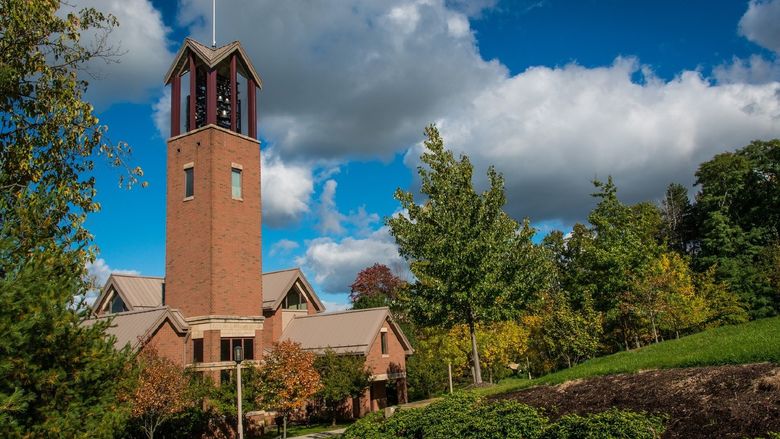