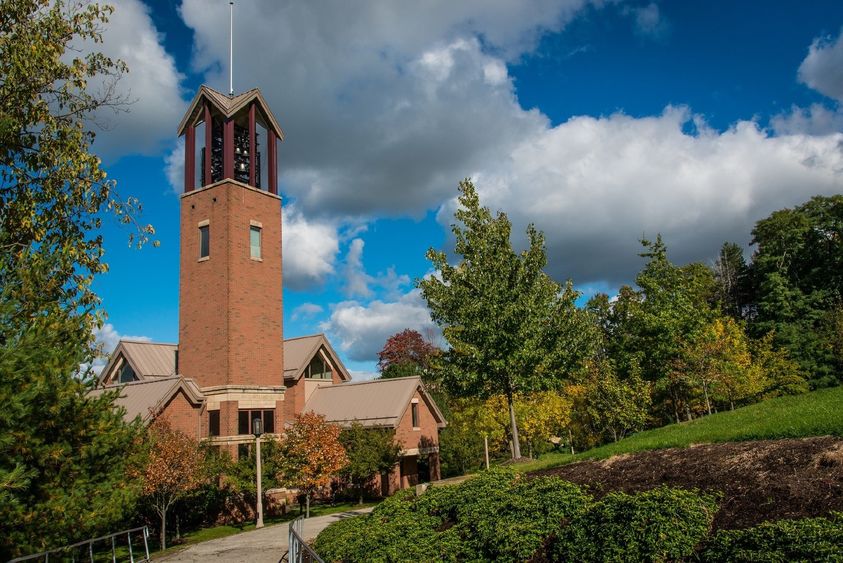 ERIE, Pa. — The Floyd and Juanita Smith Carillon at Penn State Behrend is like a super-sized wind chime. The sound of the bells carries far across the Behrend campus, marking the quarter-hour.

On concert nights, the notes tumble into something different: The waltz from “The Godfather,” maybe, or “Hey Jude,” by the Beatles.

“A concert carillon is a unique instrument,” said Chris Fox, assistant director of civic engagement and the programs at Smith Chapel. “The sound travels, sometimes as much as a mile, and the carillonneur is largely out of view.”

This year’s Smith Carillon Concert Series begins July 8 with a performance by Tom Gurin, the carillonneur at Duke University Chapel. He studied at the Royal Carillon School “Jef Denyn” in Belgium, which was founded in 1922. Later this year, he will begin a yearlong residency as a Fulbright Scholar in Paris.

Gurin’s performance at Behrend will include Broadway standards — songs from “The Sound of Music” and “Fiddler on the Roof” — and the 2020 composition “Night Pouring In,” which was written during the COVID quarantine period.

Three more free performances will follow, all beginning at 7 p.m.:

Seating for the Smith Carillon Concert Series is on the lawn of Smith Chapel. Guests are encouraged to bring blankets or chairs. The sound carries, however, so visitors may utilize other areas of the Behrend campus, away from the 80-foot bell tower.

No springs, levers or electronics are used in a carillon. The carillonneur strikes the bells by hitting a keyboard-like clavier with a loose fist. The larger bells are struck with a foot pedal.

The carillonneur performs in a small room at the top of the bell tower. A live video feed from that room to a screen on the chapel’s patio adds to the Behrend concert experience.

To learn more about the Smith Carillon and the summer concert series, go to the carillon page and concert schedule.