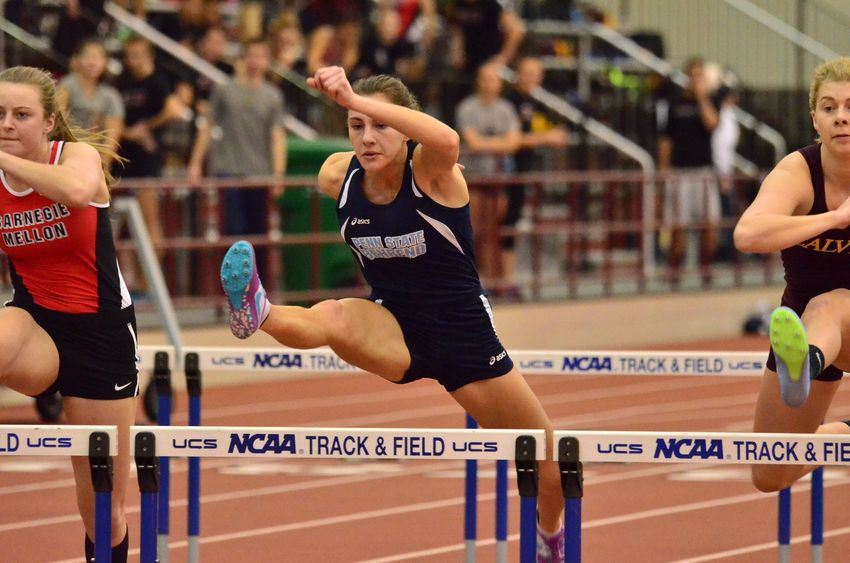 The college’s track and field and swimming and diving teams also were in action last week. Here are the highlights.

Justin Gorney, a sophomore from South Park, scored a career-high 19 points in the win over Franciscan. He was 3-for-3 from the three-point line.

Ali Goetz, a sophomore from Mars, scored a team-high 12 points against Franciscan. The Lions made 70 percent of their attempts from the free-throw line.

Ethan Halmi, a senior from Erie, won the diving events at Malone’s CT Branin Natatorium. He posted a personal-best score of 221.55 on the one-meter board and earned 207.83 points on the three-meter board.

Jessica Wyckoff, a sophomore from Elma, N.Y., won the 50- and 100-meter freestyle races at Malone’s CT Branin Natatorium, finishing in 26.81 seconds and 58.56 seconds.

Luke Patten, a senior from West Middlesex, won the pole vault at SPIRE, clearing a height of 4.97 meters. Matthew Grafton, a senior from Worthington, set a school record in the 60-meter hurdles, finishing in 8.46 seconds.