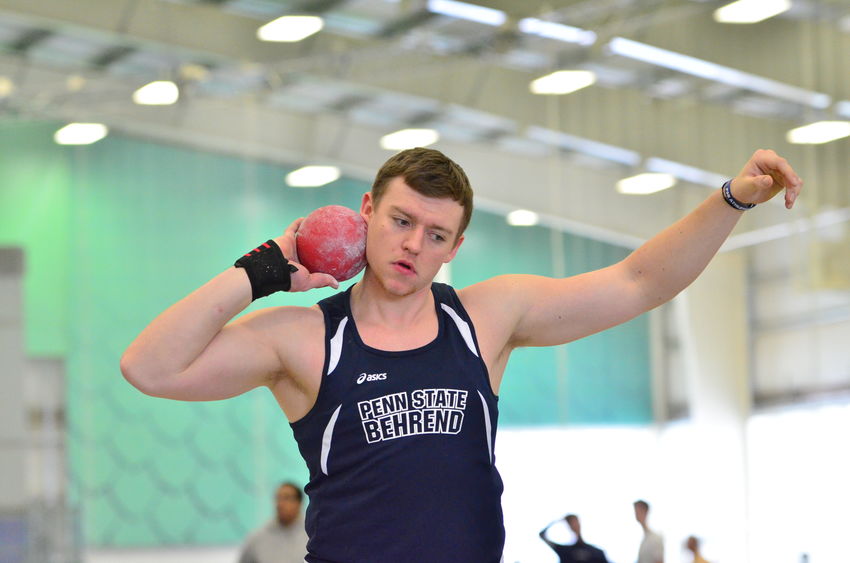 Mitchell Obenrader, a senior from Fryburg, won the shot put at the Ithaca Bomber Invitational. His throw was 16.64 meters -- just 2 centimeters farther than his closest competitor.

ERIE, Pa. — The Penn State Behrend men's basketball team forced 20 turnovers in an 82-46 rout of Pitt-Greensburg. The Lions shot 50 percent from the floor, including nine three-pointers.

The campus' volleyball and track and field teams also were in action last week. Here are the highlights:

Kevin Scuilli, a senior from McKees Rocks, scored a career-high 12 points against Pitt-Greensburg.

Heidi Langhorst, a sophomore from Coraopolis, had her third double-double of the season against Pitt-Greensburg, with a season-best 17 points and 10 rebounds.

The Lions won their first match of the season, defeating Hilbert 21-15, 25-17 and 25-20. Tyler Hermann, a sophomore from Cranberry Township, led the team with seven kills and five digs.

A Penn State Behrend relay team — Kurt Eberhardt, Matthew Grafton, Luke Patten and Grant Rodgers — won the 4x200 at the Ithaca Bomber Invitational. The team finished in 1:31.89 and qualified for the ECAC championships.

Rachel Pell, a junior from Elizabeth, set a school record in the 500-meter dash for the third consecutive week. She finished in 1:20.35 at the Ithaca Bomber Invitational.