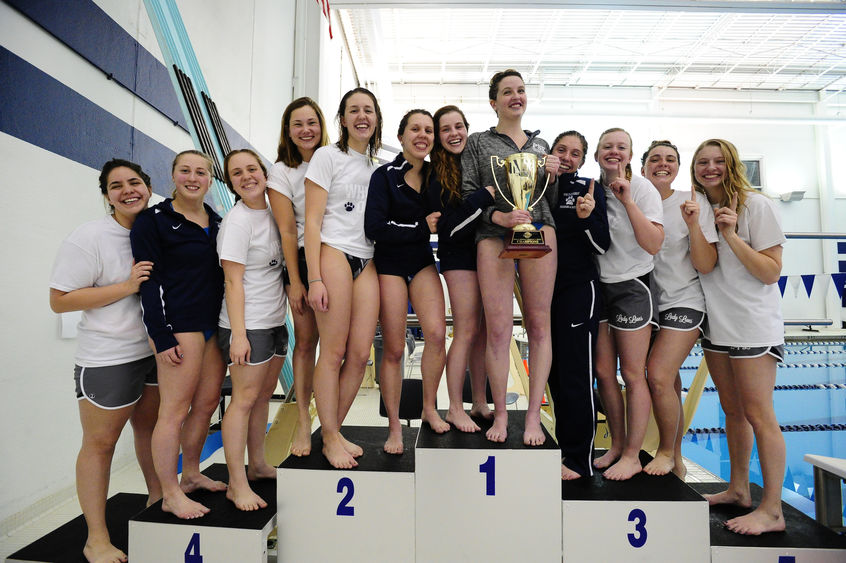 The campus' basketball, volleyball, track and tennis teams also were in action last week. Here are the highlights:

The Lions won four of the seven events on the final day of AMCC competition. Nick Roth, a senior from Pittsburgh, set team, pool, meet and open records in the 200 butterfly, finishing in 1:53.91.

Maryn Horn, a junior from Houston, set a pool record in the 100 freestyle, finishing in 53.25. She and teammates Gwendolyn Lowery, Abigail Witmer and Jessica Wyckoff won the 400 freestyle relay, setting meet, open and team records with a time of 3:40.36.

Justin Gorny, a sophomore from South Park, scored a game-high 19 points against Pitt-Bradford. He also had five rebounds and three assists.

Mitchell Obenrader, a senior from Fryburg, placed fifth in the shot put at the Tiffin Dragon Open. He threw a season-best 16.98 meters.

The Lions won the 4,000- and 400-meter relays at the Tiffin Dragon Open. The 4,000 team — Riley Crissman, Katelyn Hancock, Courtney Sargent and Jenna Shelton — finished in 13.04.69. The 400 team — Paige Allen, Ashlyn Carlsson, Gabriella Loeffler and Rachel Pell — finished in 4:09.84, more than two seconds faster than any other team.

Derek Kuhn, a freshman from Baden, had a game-best 0.667 hitting percentage in the loss to Medaille. He scored nine kills on 12 attempts with just one error.