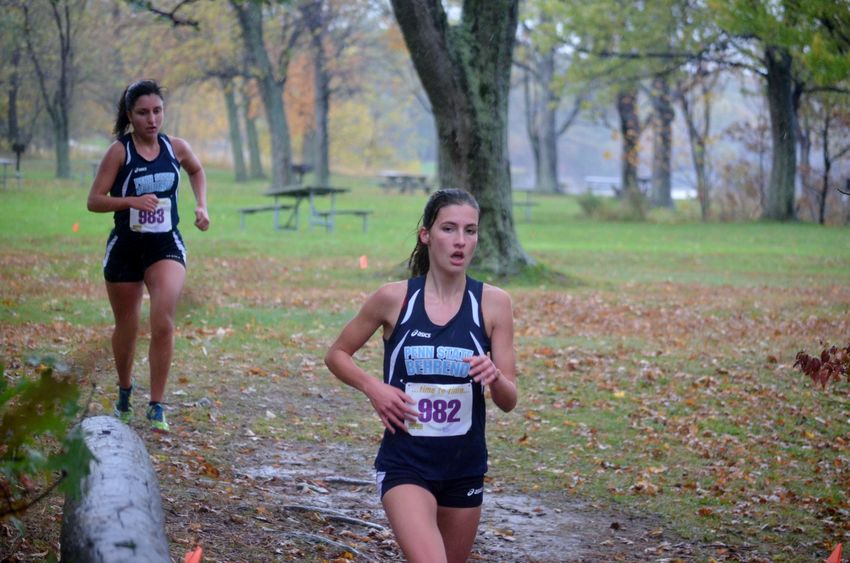 Penn State Behrend runners recorded their first-ever perfect score at the AMCC championships: The women's team took each of the top-five places.

ERIE, Pa. — Runners from Penn State Erie, The Behrend College, dominated the Allegheny Mountain Collegiate Conference championships in Angloa, New York. The women’s team recorded its first-ever perfect score, with runners in each of the top-five spots. Nine Lions finished in the top 15 in the men’s race.

Savanna Carr, a freshman from Franklin, won the individual women’s title, finishing the 6K race in 23:23. She ran at a 6:16-mile pace. Dylan Buffington, a senior from Brookville, placed second in the men’s field, finishing in 26:43.

The Lions have won 11 of their last 12 matches, outscoring their opponents 29-6. The team is ranked No. 8 in the National Soccer Coaches Association of America Great Lakes Region poll.

Jordan Oberlander, a senior from Waterford, and Olivia Belack, a senior from Upper St. Clair, each scored two goals against Medaille. The Lions finished the regular season undefeated in conference play.

Goalie Matt Olimski, a freshman from San Diego, had a record 24 saves in the win against Connecticut College. He was named the Mountain Pacific Sports Federation Newcomer of the Week for the second consecutive week.

Setter Hannah Saunders, a senior from Elizabeth, had 32 assists and 11 digs in the match against Mt. Aloysius. With the win, the Lions secured the No. 3 seed for the AMCC playoffs.