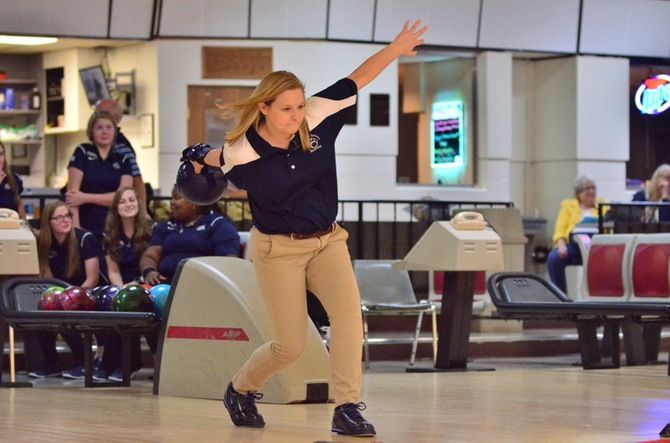 Penn State Behrend bowler Hali Hartley was named the Allegheny Mountain Collegiate Conference athlete of the week after rolling a 179 and a 176 against Hilbert.

Ally Dillman, a sophomore from Erie, scored a season-high 20 points in the loss to Mt. Aloysius. Dillman, Kourtney Beamesderfer, Autumn Byes and Erika Woll all had double-digit scores against Grove City.

Jake Paulson, a freshman from Erie, had three wins, including one pin, at the dual matches in Waynesburg. He wrestles in the 184-pound weight class.

Hali Hartley, a freshman from Seven Fields, had scores of 135, 176 and 179 against Hilbert. She was named the Allegheny Mountain Collegiate Conference athlete of the week.