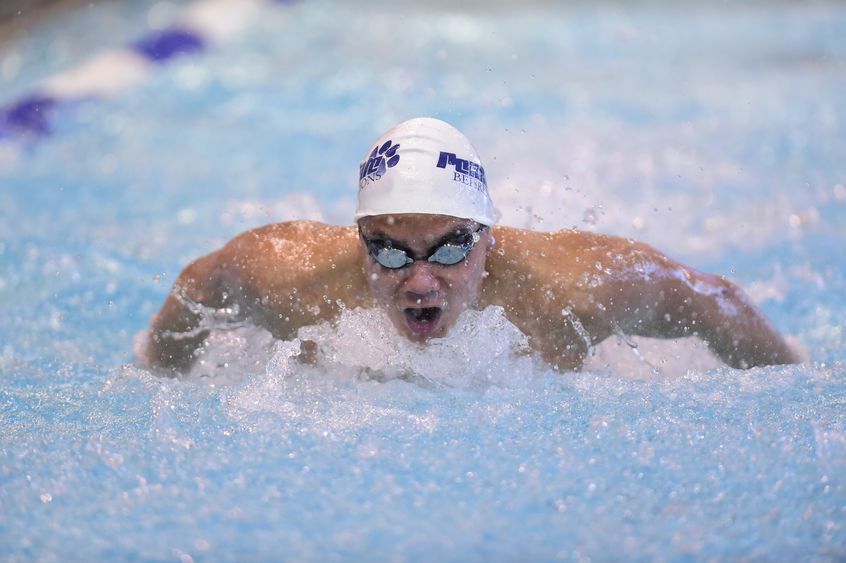 Zachary Ishman, a senior from Youngsville, won by pin at the Mt. Union Invitational. He wrestles in the 174-pound weight class. Sam Svetz, a freshman from North East, won a match in the 157-pound class.