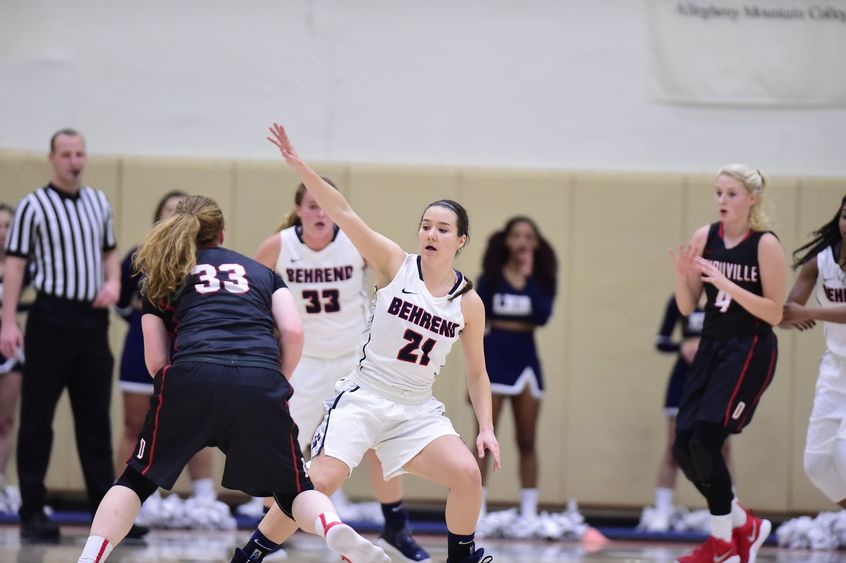 Erika Woll, a senior from Erie, has scored more than 1,000 points in her career at Penn State Behrend.

ERIE, Pa. — Erika Woll, a senior from Erie, scored 15 points in a Jan. 20 win over the Franciscan women’s basketball team. She now has more than 1,000 points in her career at Penn State Behrend.

The college’s wrestling, swimming, bowling, track and field, and volleyball teams also were in action last week. Here are the highlights:

Erika Woll, a senior from Erie, crossed the 1,000-point career mark with a 3-pointer against Franciscan. She had a total of 15 points in the game.

Sam Svetz, a freshman from North East, won by pin against Kent State-Tuscarawas and by decision against Alfred State. He wrestles at 165 pounds.

Liam Watterson, a freshman from Brentwood, won the 200 IM and the 200 backstroke. Brady Mattson, a sophomore from Wilmington, Delaware, won the 1650 freestyle.

Tyler Hermann, a junior from Cranberry Township, led the Lions with a combined 24 kills.

Riley Crissman, a sophomore from Bradford, set a school record in the 300-meter run at Spire. She finished in 1:44.19, placing eighth.

Holly Rae Hanson, a sophomore from Rancho Cucamonga, California, rolled a career-high 163 in the first game against Medaille. She had five consecutive strikes.