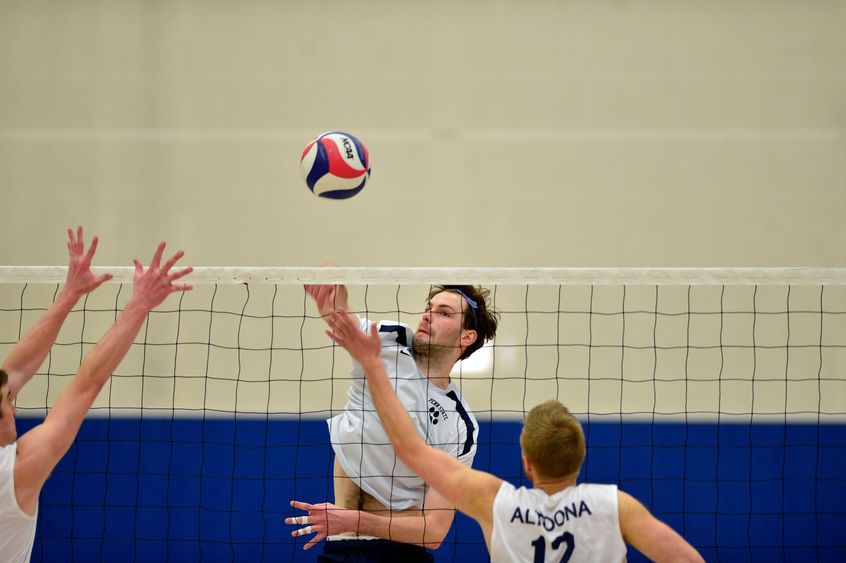 The men’s volleyball team at Penn State Erie, The Behrend College, won its first Allegheny Mountain Collegiate Conference championship after posting a 3-1 conference record during the regular season. The team’s only defeat in the conference was a five-set loss to Medaille.

The college’s baseball, softball, tennis and water polo teams also were in action last week. Here are the highlights:

The Lions scored six runs in the fifth inning of the nightcap. Scott Sada, a junior from Saegertown, hit two doubles in the inning.

The team stacked a season-high 17 hits in the nightcap against Thiel. Mackenzie McIntire, a freshman from Stoneboro, earned her first win, allowing just three hits and one run.

The Lions are undefeated in AMCC match-ups. The top four players won both singles and doubles matches against Penn State Altoona.

Tyler Hermann, a junior from Cranberry Township, had 16 kills and 16 digs in the tri-match against Sienna Heights and Thiel.