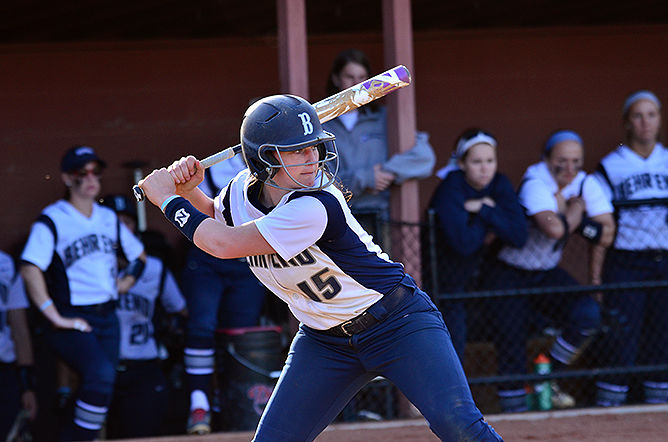 The softball team at Penn State Erie, The Behrend College, scored six runs in a single inning against La Roche. A day later, against Franciscan, five players hit balls over the fence.

The college’s baseball, volleyball, track and field and tennis teams also were in action last week. Here are the highlights:

The Lions scored at least one run in each of the final four innings in the opener against Bethany. Scott Sada, a junior from Saegertown, hit a home run in the fourth.

A.J. Nichols, a junior from Pittsburgh, struck out five batters and allowed just one hit in the opener against La Roche. Mackenzie McIntire, a freshman from Stoneboro, batted three-for-three in that game; she had two runs, a double and an RBI.

The win against Medaille answered a five-set loss to the Mavericks earlier in the season. Tyler Hermann, a junior from Cranberry Township, posted 15 kills, 11 digs and three blocks.

Rachel Pell, a senior from Elizabeth, won the 400-meter hurdles at the John Homon Invitational, hosted by Mt. Union. She ran a season-best time of 65.66.

The Lions gave up only five set points in a sweep against Mt. Aloysius. The team is undefeated in Allegheny Mountain Collegiate Conference play.