ERIE, Pa. — Diplomacy can be dramatic.

That was evident during the inaugural High School Model United Nations Conference, held on the campus of Penn State Behrend on April 13. As part of the draft resolution that participants reviewed, international countries were charged with assisting in the immigration and resettlement of refugees and displaced persons.

This was a sticking point for some countries, and the tension in the room was palpable. The pitch of participants’ voices increased. Some even took to shouting. It was probably not dissimilar from the atmosphere seen in a true United Nations meeting.

“I tried to immediately restate my question in a permissive way,” said Mora, a junior at McDowell High School who represented Spain during the conference. “So, I said, ‘I’m not asking you to receive all refugees, but we have children who are dying right now. We’re all humans here, so we need to think about what’s happening to others.’ I really try to humanize the argument.”

Mora was one of more than 65 students from five high schools who attended the inaugural event last week. The conference was sponsored by Penn State Behrend’s degree program in political science as well as the college’s Model United Nations Club.

The draft resolution that participants reviewed was crafted by members of the Model UN Club. It was far from perfect, but that was the idea.

“It has a lot of apparent problems,” said Andrew Hall, a senior political science major and one of the resolution’s authors. “But if we were to write it perfectly, there would not be a reason for them to meet today, so we want them to review it and then use diplomacy to make it better.”

As the students worked to perfect the resolution, they honed their negotiation and teamwork skills, often working with people with whom they might disagree. It’s a relevant exercise for practically any industry as personalities differ in every workplace.

“Diplomatic role-play, such as Model UN, is a useful part of experiential learning. The students who participate in the debate acquire lifelong skills of negotiation, consensus building, leadership, research and policy analysis, among many others,” said Lena Surzhko-Harned, an assistant teaching professor of political science and faculty adviser of the college Model UN Club.

“It’s great for us because we get to network with others, but also work on our speaking skills,” said Khristina Brown, a junior at Girard High School who represented Panama during the conference. “This takes you out of your comfort zone, and that’s a really valuable thing.” 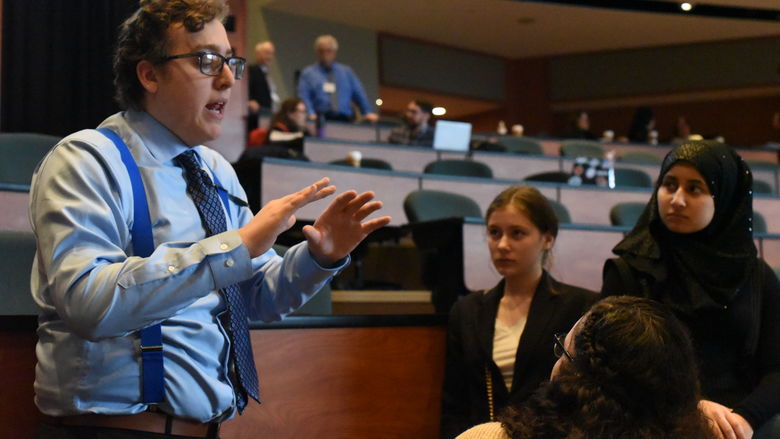 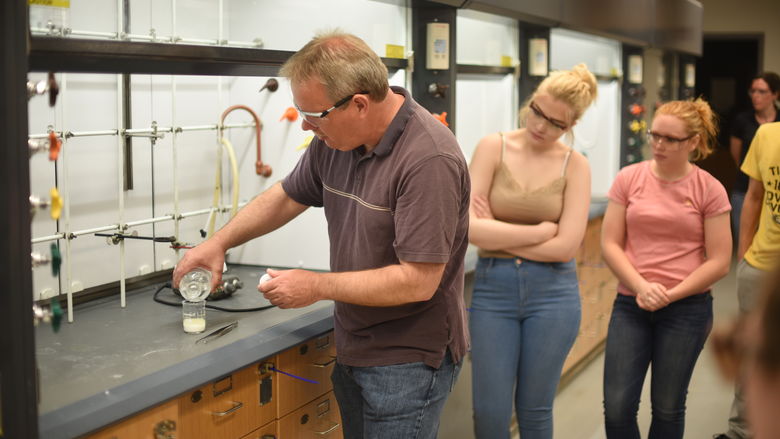 Who knew science could smell so good?