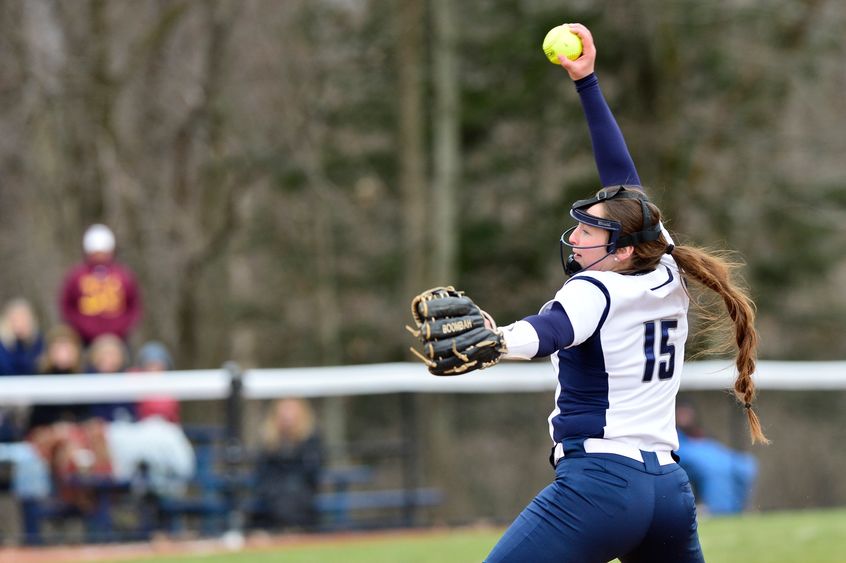 Alexa Bupp, a senior from Warren, set the Penn State Behrend record for career saves in softball, with 11.

ERIE, Pa. — The Penn State Behrend softball team secured the No. 1 seed for the Allegheny Mountain Collegiate Conference tournament, which begins May 4. The team ended regular-season play with a 14-4 conference record.

The college’s baseball and track and field teams also were in action last week. Here are the highlights:

Justin Foreman, a junior from Oakdale, had three RBIs in each game against D’Youville. Eric Mikulan, a junior from Pittsburgh, threw a complete game in the opener; he struck out eight batters and gave up just two hits.

Kristen Kargol, a junior from Saegertown, batted 6-for-7 over two games against Fredonia. She had nine RBIs, two home runs and two doubles. Alexa Bupp, a senior from Warren, earned saves in both games against Penn State Altoona. She now holds the program record for career saves, with 11.

Chris Drozynski, a sophomore from Stoneboro, ran a personal-best time in the 1,500-meter race at the Ashland Alumni Open. He finished in 4:02.95, placing fourth.

Rachel Pell, a senior from Elizabeth, set a school record in the 400-meter hurdles at the Ashland Alumni Open. She won the event, finishing in 61.95 — the seventh-fastest time in NCAA Division III this year.